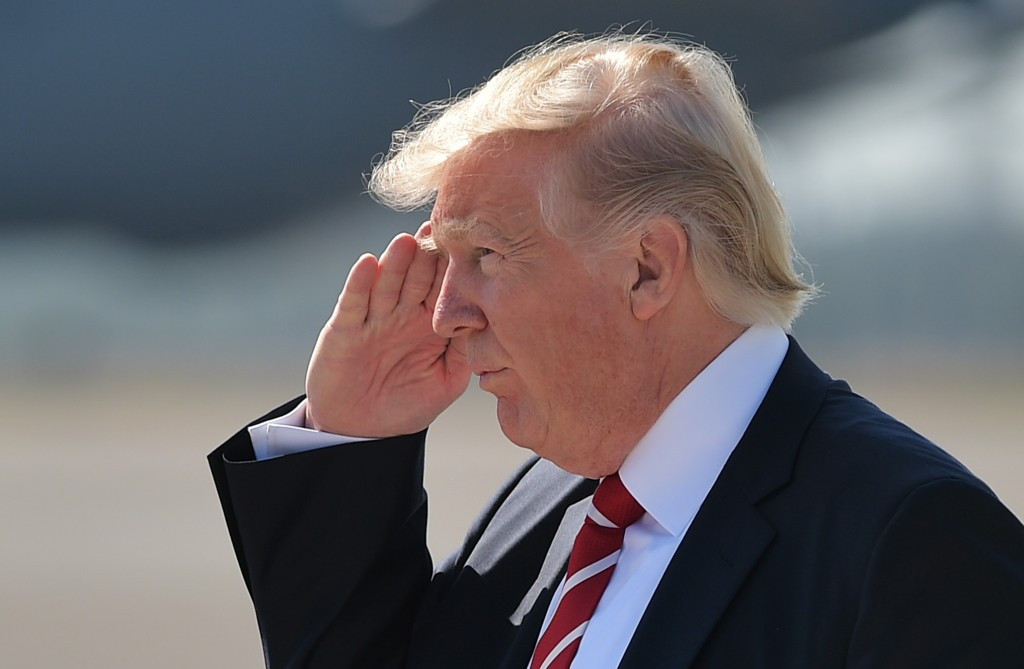 United States President Donald Trump has said he "doesn’t know" if his executive order on immigration will impact Los Angeles’ bid for the 2024 Olympics and Paralympics.

Speaking on Westwood One Radio, Trump also gave the Californian city his backing as it battles against rival bidders Budapest and Paris.

His executive order, signed last week, has divided the country and spilled over into the world of sport.

It implemented a travel ban on citizens from seven Muslim-majority countries - Iran, Iraq, Libya, Somalia, Sudan, Syria and Yemen - which prevented them from being granted entry to the US for a 90-day period.

A Federal Judge blocked the ban but the Trump administration has vowed to fight to overturn this.

Sport became involved when Icelandic taekwondo player Meisam Rafiei, who was born in Iran, was initially denied entry to compete at the US Open.

He was eventually allowed in to compete in Las Vegas.

Iran, which issued retaliatory measures against US citizens entering its borders, then said that American wrestlers would not be able to compete at the Freestyle World Cup in Kermanshah on February 16 and 17.

However, following the verdict of the Federal Judge, Iranian Foreign Minister Javed Zarif promised that the wrestlers would be allowed to compete.

"We have to know who’s coming into our country.

"We have to have people that are coming in with good intentions.

"If people are coming in with bad intentions, I want to be able to find out before they get here."

Trump added that he would love Los Angeles to be successful in the 2024 race, with a host due to be elected by the IOC on September 13 at its Session in Lima.

"Well, I’ve been asked to support it, and I’ve actually spoken to the Olympic Committee in Europe," he said about the bid.

"I think they were very happy when they spoke to me.

"They wanted to have an endorsement from me and I gave it to them very loud and clear.

"I would love to see the Olympics go to Los Angeles.

"I think that it would be terrific.

"The United States' Committee's members have asked me to speak up about it, and I have.

"And I think I’ve helped them.

"And let’s see what happens.

"But I’d be very happy and honoured if they would choose Los Angeles and would stand behind it."

Los Angeles 2024 chief executive Gene Sykes has expressed his confidence that the city’s 2024 bid will not be affected by the President's order.

"President Trump during the transition before he was inaugurated made it very clear by talking directly with [IOC] President Thomas Bach how much he supports Los Angeles 2024," Sykes told insidethegames this month.

"We have heard that from the White House time and again."