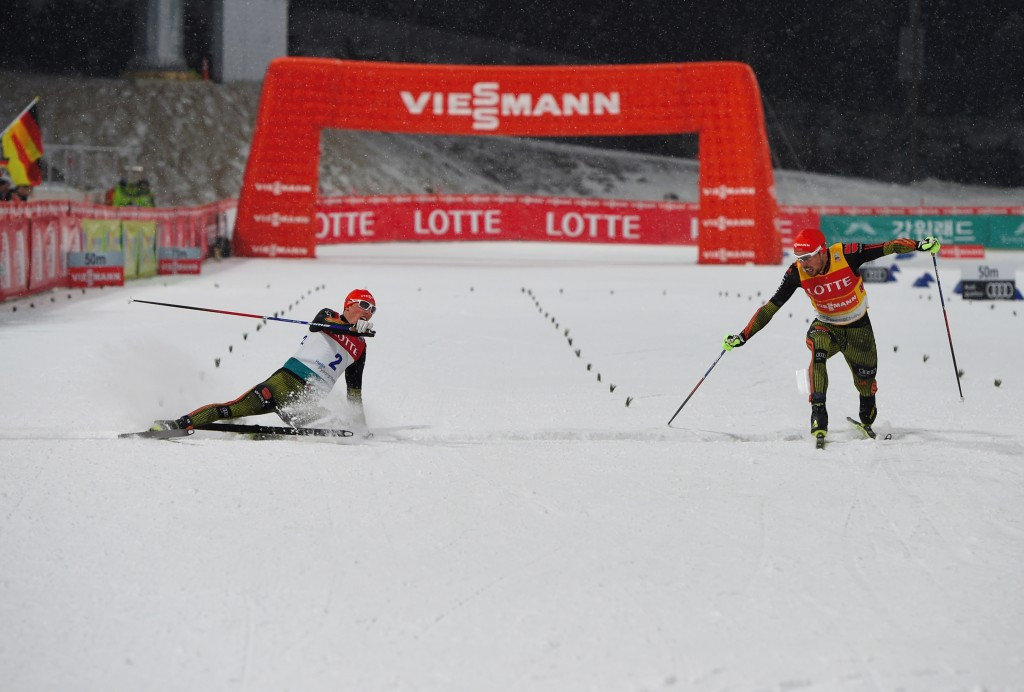 The 25-year-old won the first competition at the Alpensia Center yesterday to take over the overall World Cup lead from compatriot Eric Frenzel, and was in good form again at the test event for the 2018 Winter Olympic Games in South Korea.

However, he only won after a dramatic photo finish with Frenzel at the conclusion of the cross-country skiing.

Both Germans were given the same time of 26min 14.0sec before Rydzek was given the nod.

Mario Seidl of Austria claimed his second podium in as many days as he backed up yesterday's silver medal with bronze.

He came home in 26:33.0 after winning the ski jumping section to build a 35 second advantage over Frenzel, who was the second best on the hill.

Frenzel, who is hoping to win the overall World Cup title for the fifth time in a row, managed a jump of 131.5m.

That gave the Sochi 2014 individual/normal hill Olympic champion 118.3 points but Rydzek caught him during the ski despite starting sixth.

Rydzek has increased his overall lead over Frenzel and now boasts 1,390 points compared to his rival's 1,274.

The World Cup season will resume in Sapporo in Japan on February 10 and 11.

The city, host of the 1972 Winter Olympics, will stage the Asian Winter Games between February 19 and 26.