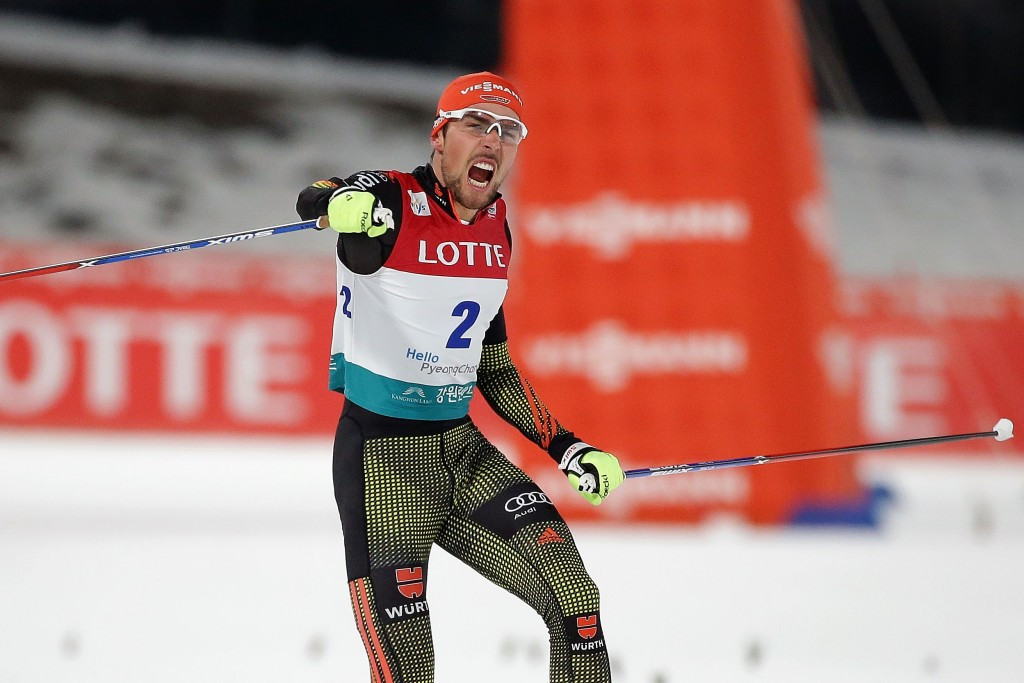 Rydzek finished second in the last of the Seefeld Triple races last weekend but was in commanding form in South Korea as he won by 20secs in the men’s Gundersen.

In the process, Rydzek also took the overall World Cup standing lead with 1,290 points, putting him 16 ahead of another German, Eric Frenzel, who finished fourth today.

He had to overcome a 29sec head-start given to Mario Seidl after the jumping stage as the Austrian landed the best effort at 136 metres, giving him 139.9 points.

However, Rydzek hunted the leader down and towards the end of the race, the German went ahead and could not be caught.

Seidl managed to hold onto second place and a sprint for the final place on the podium was won by Germany’s Fabian Riessle against his team-mate Frenzel.

Riessle is third in the World Cup standings with a score of 899.

Another Gundersen event is being held tomorrow.

This test event is being held alongside a chance to try out the cross-country skiing course.

The FIS Cross-country World Cup is holding events in both the men’s and women’s competitions.

In the women’s 15 kilometre skiathlon race, Poland’s Justyna Kowalczyk beat the rest of the field with a time of 43min 54.7secs for her 50th World Cup victory.

Second place went to Elizabeth Stephen of the United States as she finished a huge 56sec behind Kowalczyk while Japanese skier Masako Ishida was a further 18.8 afield in third.

Norway’s Daniel Stock came second after clocking a time of 1:19:12.1 and his fellow countryman Mathias Rundgreen finished third 42.1 behind the winner.

TOP STORY: IOC to hold virtual Session in March after plans to stage it in Athens scrapped