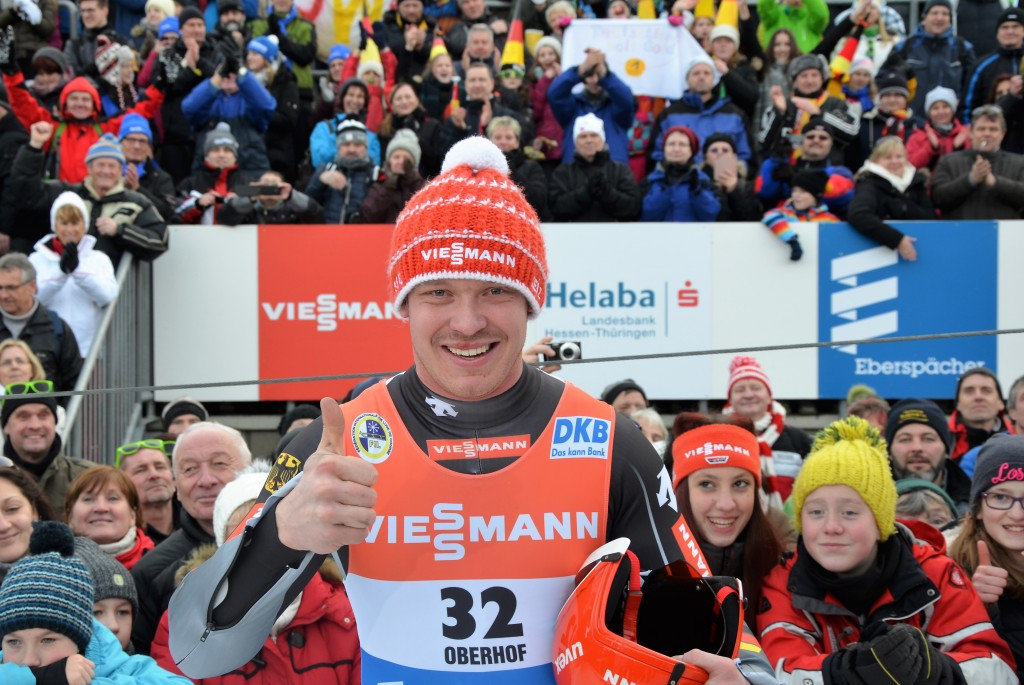 The German star was only able to finish six at last weekend’s World Championships, but topped the standings after the first run of competition in front of a home crowd.

He produced a time of 43.215sec to top the standings, ahead of his compatriot Andi Langehan and Russia’s Roman Repilov.

The latter would put the pressure firmly on Loch by producing a track record time of 42.893 in the second run of the event.

His effort would not prove enough, as Loch responded in fine style by also dipping under the 43sec mark by clocking 42.915.

“I’m delighted to take my seventh win in a row in Oberhof,” said Loch, after his second triumph of the World Cup season.

“Roman Repilov is a tough competitor.

“He had a perfect run and broke the track record.

“This has been an extremely difficult season so far, so a win really does feel good.”

Langenhan would completed the podium with a time of 1:26.257, while Austria’s newly crowned world champion Wolfgang Kindl ending down in eighth place.

Repilov retains his overall World Cup lead on 632 points, with Loch moving up to second place on 655.

Germany’s Olympic Champions Tobias Wendl and Tobias Arlt were victors in the doubles event in a time of 1:21.909.

Their compatriots Toni Eggert and Sascha Benecken were second in 1:22.065, with the result effectively giving the pair victory in the overall World Cup.

The all German podium was completed by Robin Johannes Geueke and David Gamm, as they ended in 1:22.415.