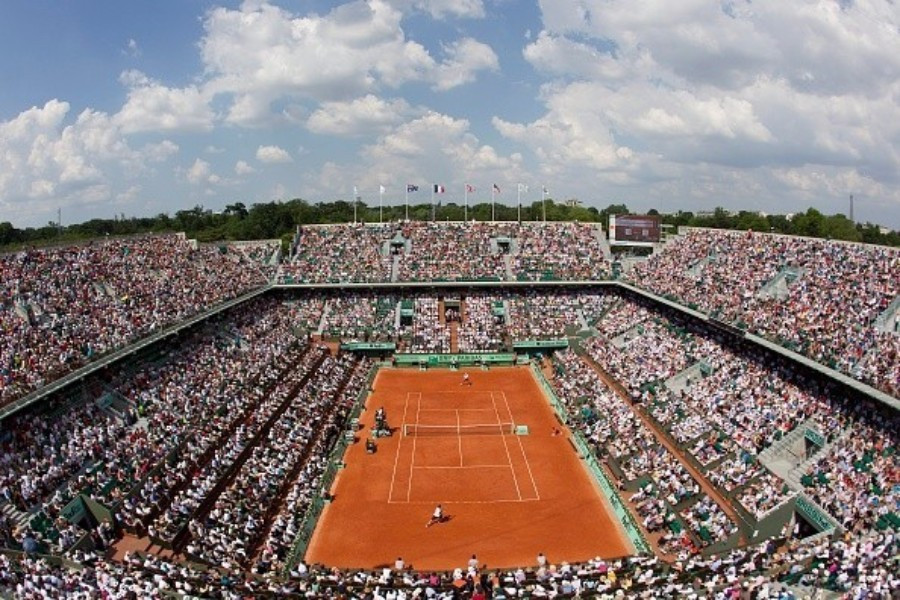 A green light has finally been given to plans to fit a €397 million (£343 million/$428 million) redevelopment at the Roland Garros-home of the French Open which will include a retractable roof and a new court.

The changes, passed despite fierce opposition from environmental groups, also marks a boost to Paris' plans to use site should they be awarded the 2024 Summer Olympic and Paralympic Games.

A roof will be fitted to the showcase Philippe Chatrier Court while a 5,000 court is also due to be developed from scratch.

This will mean that all four of tennis' Grand Slams will now have at least one court with a roof.

It also comes after last year's French Open marked the first time in 16 years and only the third time in history in which an entire day's play was lost to rain.

All the work is due to take place between 2018 and 2020, meaning the court should be comfortably ready for use by Paris 2024.

"Game, set and match for the French Tennis Federation," claimed the national body on Twitter.

This comes as the Paris Administrative Tribunal rejected appeals against issuing building permits inside the "historic triangle" of neighbouring Porte d'Auteuil.

Renovation of #RolandGarros - See the transformation of Philippe Chatrier court and its retractable roof. pic.twitter.com/BQc1fuXeM5

"We are sacrificing once again, for pseudo-economic reasons, the flagship of the botanical gardens of Paris, to serve tennis 15 days a year."

Popelin also disputed Paris 2024's commitment to a sustainable and environmentally friendly Games before claiming the Roland Garros extension would be a "nice gift to the bid's competitors, especially the United States".

Named after the French aviator, Roland Garros, the site was built in 1928 to host a Davis Cup final against the United States.

It is located around 10 kilometres south of the proposed Athletes' Village site in St Denis.

Paris 2024 co-bid leader Bernard Lapasset claimed last year when the redevelopment plans appeared to be stalling that would not add a "crucial advantage" for the bid.

“Having a roof could be a good possibility, but extending to an extra court is more complicated," he said.

However. It is not thought any improvement to the venue and protection from rain would boost the Games.

Paris is locked in a three-horse race for the 2024 Games with Budapest and Los Angeles.

A decision is due to be made by the International Olympic Committee at its Session in Lima on September 13.