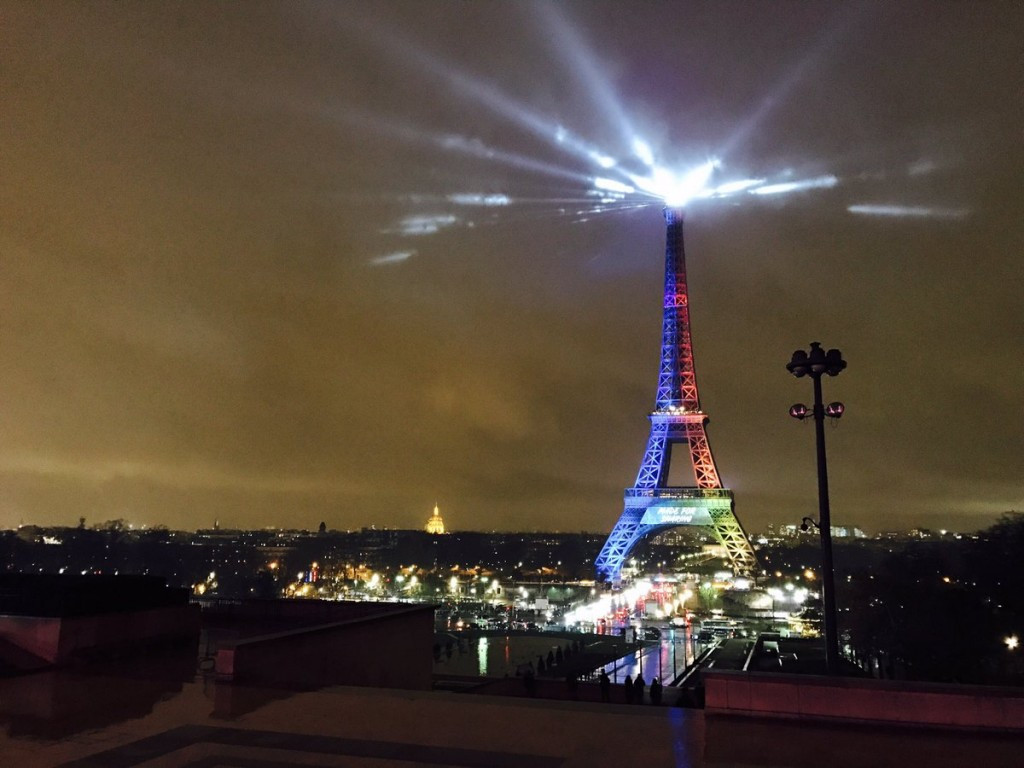 French Prime Minister Bernard Cazeneuve has claimed that Paris will build "bridges not walls" through their bid for the 2024 Summer Olympic and Paralympic Games as the city's strapline - "Made for Sharing" - was unveiled here today.

His comments have been interpreted as a dig at United States President Donald Trump's plans to build a wall along the border with Mexico.

Los Angeles is one of Paris' rivals in a three-horse race also including Budapest.

When asked if his comments were indeed a reference towards Trump, Cazeneuve answered: "France has this idea of building relationships through the values of respect, fraternity and solidarity...

The "Made for Sharing" strapline - written in English - was revealed by being projected onto the Eiffel Tower.

It will also inevitably provoke comparisons with the contrary rhetoric of the United States President, although bid officials claim the idea had been in the pipeline for many months.

It forms the latest in a wave of measures to project their bid as a means to bring the people of Paris, France and the world together.

Use of the English language for the strapline reveal - as well as for most of the press conference which proceeded it - raised eyebrows among some local onlookers.

But it also formed part of Paris' attempt to broaden its global appeal.

It coincided with the beginning of the international promotional period which started today.

The day, which also saw Paris formally submit the third part of its candidature files to the International Olympic Committee (IOC) in Lausanne, began with a site visit to a school in St Denis next to the proposed site of the Athletes' Village during the Games.

Athletes including two-time Olympic judo champion and chair of the Paris 2024 Athletes' Committee, Teddy Riner, met with youngsters both in the classroom and in a gymnasium.

He and London 2012 basketball silver medal winner Emmeline Ndongue then played a mock game with the students.

Estelle Mossely, winner of a lightweight boxing gold medal at Rio 2016, was among others present to spar with and coach the students.

Paris 2024 co-bid leader Tony Estanguet emphasised that they hope to reach a total of one million schoolchildren through such projects in 2017.

"When we launched our bid 18 months ago, we were driven by a desire to share our deep passion and affection for the Games, to make the Olympic Movement stronger and to share the purpose of Olympism," said three-time slalom canoeing Olympic champion and IOC Athletes' Commission vice-chair.

"Our goal is to take the spirit of the Games out of the stadium and into the streets, to be shared with the people of Paris and the world.

"A sharing Games for a sharing world.

"Paris 2024 will create incredible pictures and incredible emotions for all the participants, right here in the heart of one of the world’s truly global and connected cities."

Paris, however, are still having to fend of concerns about security due to the risk of terrorism and a contrary ethos to their one of sharing.

An incident this morning outside the Louvre in which a soldier shot a man who, according to French police, was carrying a machete and shouting "Allahu Akbar" threatened to overshadow the day, although ultimately did not.

"Terrorism exists throughout the world, and the US has also been hit, like France," added Cazeneuve, who was formerly Minister of the Interior.

"We are forever adapting safety disposal in order to ensure the safety of major events.

"There is a high level of vigilance now in France.

"Today was a demonstration of this efficiency."

Paris is locked in a three horse race for the Games alongside Budapest and Los Angeles.

A host is due to be awarded at the IOC Session in Lima on September 13.