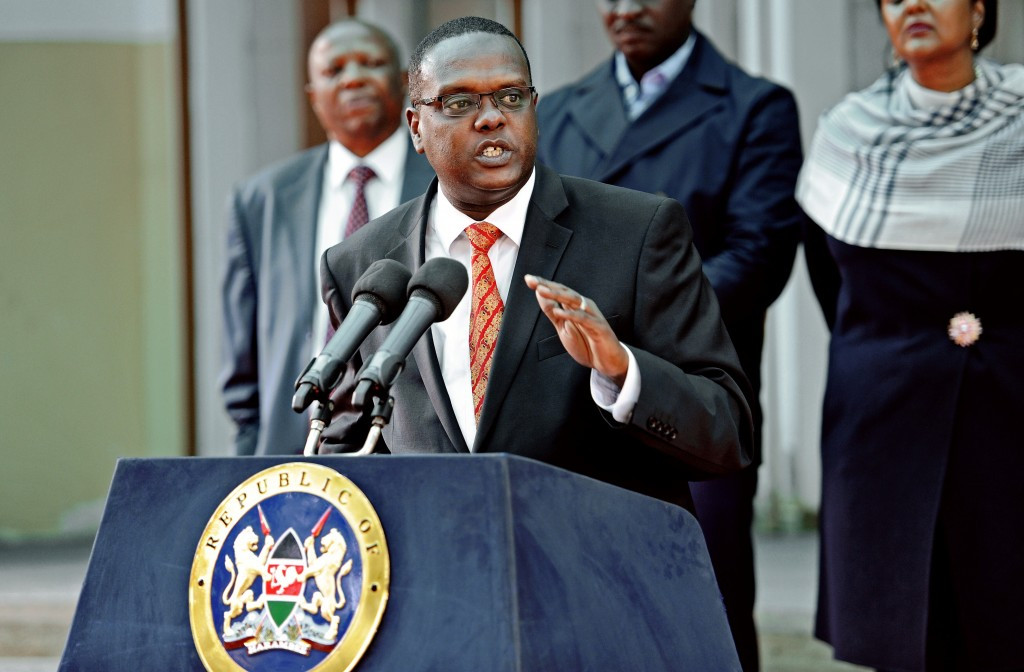 A decision on whether Kenyan Sports Minister Hassan Wario could be prosecuted over the alleged abuse of office during the Rio 2016 Olympic Games will be determined by a director of criminal investigations report.

Wario and principal secretary Richard Ekai are facing the prospect of prosecution, regarding the alleged disappearance of funds.

He reportedly wrote in a letter to the Director of Criminal Investigations, Ndegwa Muhoro, which accused the pair of breaking the Kenyan Penal Code on anti-corruption and breaches of trust.

The stated prosecutor Duncan Ondimu has now told a Nairobi court that a decision will be made after a report is filed by Muhoro.

Should the pair face prosecution proceedings, they would be expected to stand aside for the duration of the investigation.

The latest development came after lawyers for the officials expressed concern over whether Wario and Ekai were still being treated as state witnesses.

"We want to know whether Mr Wario and Mr Ekai are still state witnesses, and, if so, let the prosecution supply us with their statements,” lawyer Edward Rombo told Daily Nation.

He is one of several officials who are accused of key accommodation and travel mishaps in the Brazilian city, including the "mishandling of accreditation", as well as kits which allegedly never reached athletes.

Every senior NOCK official except for chairman Kipchoge Keino was arrested.

Others to have been charged include Chef de Mission Stephen Soi, and NOCK secretary-general Francis Paul and treasurer Fridah Shiroya.

Kenya's deputy Chef de Mission at the Rio Olympics, Ben Ekumbo, has also been formally charged with the theft of money and kit meant for the African nation’s team.