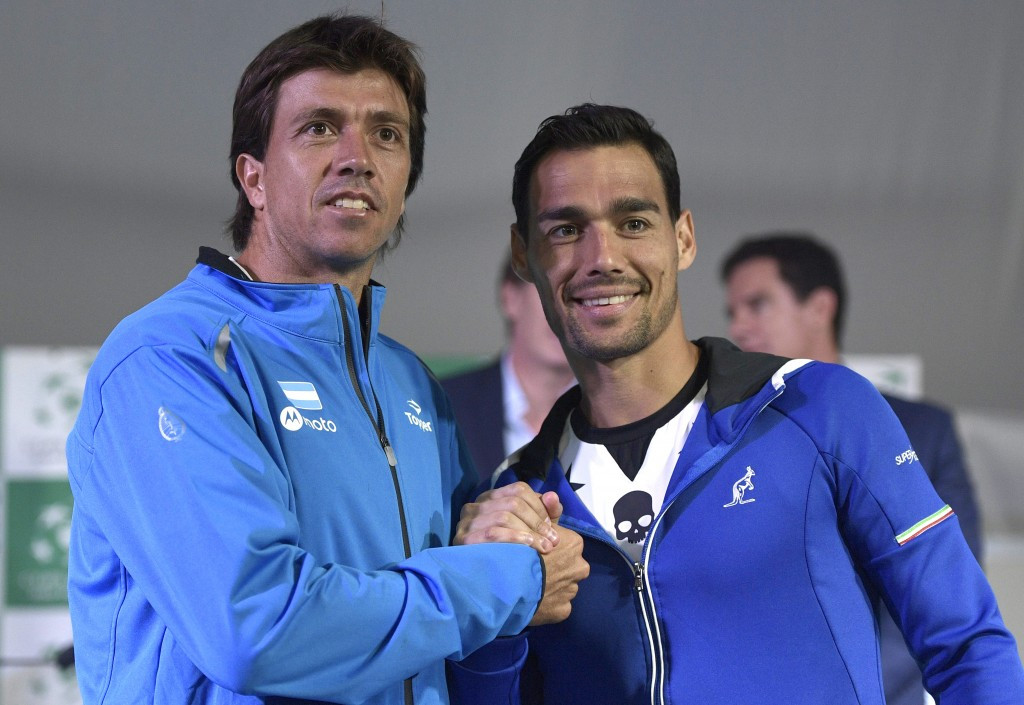 Juan Martin Del Potro, the 2009 US Open champion and silver medallist at the 2016 Olympic Games in Rio, will not be part of the team which helped win the trophy for the first time when they beat Croatia in Zagreb in November.

This appears to have made the task more difficult for the home side as both singles players they have selected are ranked much lower than their Italian counterparts.

World number 84 Guido Pella will start the defence off for Argentina against Paolo Lorenzi, ranked 43rd by the Association of Tennis Professionals.

This will be followed by Carlos Berlocq, the world number 81, taking on Fabio Fognini, who is 48th.

The doubles match on Saturday (February 4) will be between Argentina's Leonardo Mayer and Diego Schwartzman and Simone Bolelli and Andreas Seppi before the remaining singles games are played the following day.

The other World Group clashes will see 2015 winners Great Britain, who will be without Sir Andy Murray, visit Canada.

World number two Novak Djokovic will be part of the Serbian team taking on Russia in Nis.

Last year’s runners-up Croatia will be at home again with Spain, who do not feature 14-time Grand Slam champion Rafa Nadal, visiting.

The man who beat Nadal in Sunday’s (January 30) Australian Open men’s singles final Roger Federer is also not taking part in the opening round with Switzerland travelling to the United States.