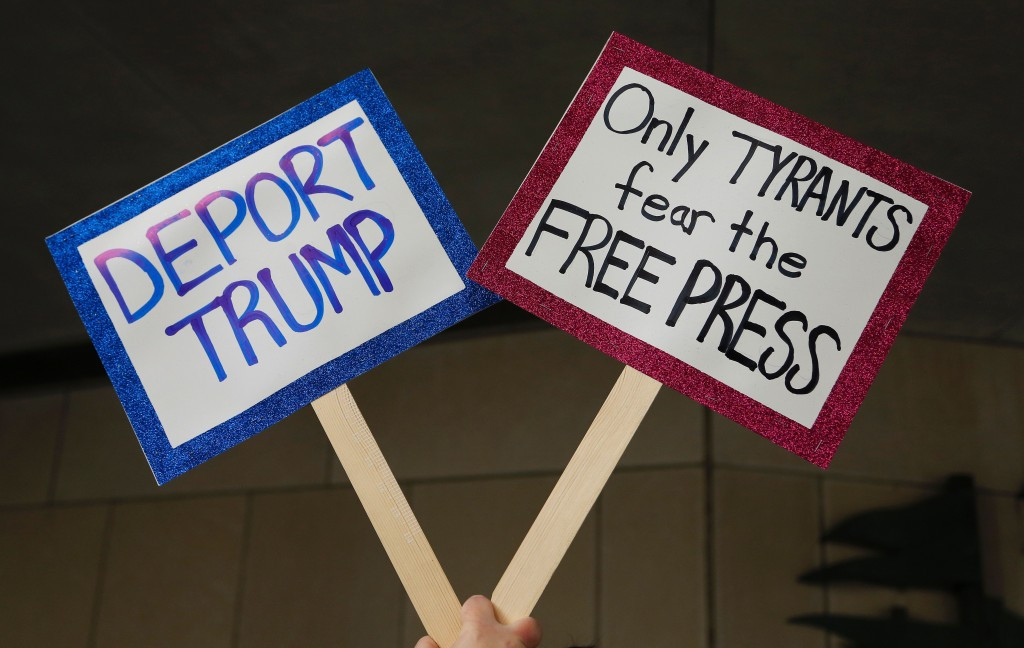 The United States Government granting expedited access to athletes to allow them to compete in America following President Donald Trump’s executive order on immigration has been welcomed by the International Olympic Committee (IOC).

In what represents the IOC’s first response to the move, the organisation praised the United States Olympic Committee (USOC) for ensuring President Trump’s decision would not affect competitors wishing to travel to the nation.

Trump’s executive order, signed on Friday (January 27), prohibits citizens from seven Muslim-majority countries - Iran, Iraq, Libya, Somalia, Sudan, Syria and Yemen - from being granted entry to the US for a 90-day period.

US authorities had assured athletes would be allowed to participate at competitions in the country despite the ban after agreeing to work with the USOC.

"The IOC has been informed by the USOC about the pledge of cooperation it received from the US Government with regard to expedited access to the United States for athletes and officials in order to participate in international sports competitions," the IOC said in a statement.

"The IOC welcomes the initiative by USOC and trusts that international competitions in the United States continue to take place in line with the Olympic Values of friendship, excellence and respect."

The IOC had initially refused to respond to Trump’s executive order, claiming they did not "comment on the politics of sovereign countries".

The move also bans Syrian refugees indefinitely, while refugees from all nationalities worldwide will not be able to travel to the US for 120 days.

Although it is not yet clear how extensive the restrictions, currently only a 90-day temporary measure, will be, the executive order has still sparked concern across the world.

One of the first athletes affected was Icelandic taekwondo player Meisam Rafiei, who was born in Iran and was originally banned from entering the country for the US Open in Las Vegas.

Rafiei was eventually granted permission to the nation in order to participate in the event, which began yesterday.

The USOC said they were "pleased to have successfully resolved this situation and look forward to continued collaboration with the Government to ensure that athletes from around the world are free to compete in the US".

The move had raised concerns as to whether athletes from countries on the list will be able to compete on US soil, while it also prompted fears within American sporting bodies as to whether they can participate in events in Iran.

USA Wrestling vowed to send a full delegation to next month’s Freestyle World Cup in Kermanshah despite a counter Iranian ban on its citizens.

The event is due to run from February 16 to 17 and the sport’s worldwide governing body, United World Wrestling (UWW), have expressed their hope that Iranian authorities would find a way to allow American wrestlers to take part.

In a statement, UWW said the co-operation between the US and Iran in wrestling was the "gold standard for our sport" and that both federations had "expressed their interest to see the United States compete at the Freestyle World Cup".

"We feel privileged to know that wrestling so often encourages this type of international cooperation and are hopeful that the Iranian Foreign Ministry will be able to confirm the participation of the United States at the World Cup," a UWW statement read.

UWW President Nenad Lalović, an IOC member, added: "As it was during the worldwide effort to see wrestling reinstated on the Olympic programme, our sport’s strength comes directly from the passion and dedication of our athletes and fans.

"We thank them for their ongoing support of United World Wrestling and our national federations."

The executive order has been criticised by a number of sporting figures, including Britain’s four-time Olympic gold medallist Sir Mo Farah.

Los Angeles Mayor Eric Garcetti also denounced the move and insisted the city’s bid for the 2024 Olympics and Paralympics would be not be affected.

He claimed he was confident the bid would be "judged on its merits".

It followed claims the bid would be negatively affected by Trump’s executive order, with Paris and Budapest also in the running for the 2024 event.

Garcetti, a key player in America's attempt at securing the hosting rights for the Summer Games for the first time since Atlanta in 1996, said: “If selected, we will show the world a sustainable and low-risk Games that gathers nations together, showcases American values, and brings benefits, not burdens, to our community.

"I am confident that the IOC will evaluate our bid on these merits, and I am more committed than ever to bringing the Games back to Los Angeles in 2024."