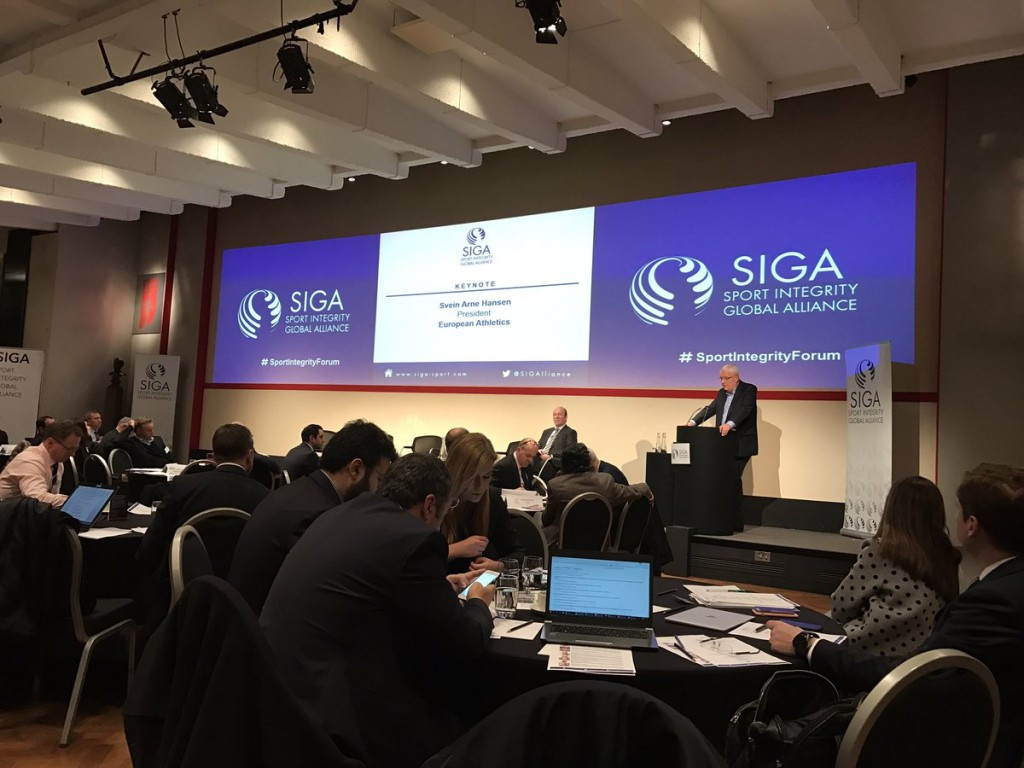 European Athletics President Svein Arne Hansen has revealed that doping samples from competitors who break a European record will now be stored for 10 years.

The Norwegian confirmed this had not been the case before but the organisation have now implemented this policy as part of their efforts to boost the integrity of the sport.

"We will store all the doping control samples for all European records for a minimum of ten years," Hansen said here today at the first edition of the Sporting Integrity Global Alliance (SIGA) Sport Integrity Forum.

"Unfortunately this had not happened before, but we are now starting that.

"I will make it mandatory for European Athletics going forward.

"Every record that is set.

"I was President for Euro Meetings from 1998 to 2006 and I asked for this then to store the samples, but nobody listened to me."

European Athletics last week announced that Ireland's Pierce O'Callaghan has been appointed to head a task force to examine the credibility of European athletics records.

Others on the task force are Ruud Kok, a former member of the Dutch Athletics Federation and a managing partner of professional services network PwC, Italy's Gianni Merlo, President of the International Association of Sports Journalists, Britain's Bill Glad, European Athletics' head of the President's Cabinet, and Imre Matrahazi, technical manager at the IAAF.

The task force will analyse the situation over the coming months before reporting back to the European Athletics Executive Board by this September with their recommended changes and rationale.

Records under threat could include those held by East German athletes as it is now widely accepted that they were part of State Plan 14.25, a systematic doping programme to help competitors from the communist country win medals at major championships.

In his keynote speech at the forum, Hansen claimed the doping scandals which have dogged the sport have "personally wounded me", adding that they were a "betrayal" of the sport’s values.

The Norwegian, however, expressed hope there will be Russian representation at the European Indoor Championships in Belgrade in March.

The International Association of Athletics Federations (IAAF) Council was told by the head of its IAAF task force, Rune Andersen, that Russia has yet to provide convincing evidence that anti-doping procedures within its borders can be conducted effectively and without interference.

The task force met again with Russia’s Sports Minister Pavel Kolobkov and a representative from the Russian Investigative Committee in Moscow last week.

An update is set to be provided to the IAAF next Monday (February 6) but reinstatement of the RusAF appears unlikely before Belgrade.

Hansen confirmed one or two athletes from Russia are set to compete as independents, but several more have applied.

"I hope so," Hansen said on the issue.

"We are to have a report on Monday from Rune Andersen.

"I know there are athletes applying to compete and we already have one or two entered."

The pathway to the event for individual Russian athletes lies open via the IAAF’s International Registered Testing Pool, set up in March, according to documents presented by Andersen to the IAAF Council and obtained by insidethegames.

This offers the possibility for competitors to do what long jumper Darya Klishina managed at August's Olympic Games in Rio de Janeiro.

She became the only Russian track and field athlete to compete at Rio 2016 having been able to show a satisfactory recent history of recognised doping tests outside of the country.