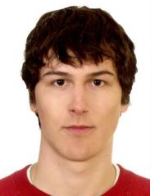 Having qualified fastest, the 24-year-old went on to defeat Canada’s Andrew Hildebrand in the last 16, Poland’s Oskar Kwiatkowski in the quarter-finals and Ukraine’s Oleksandr Belinskyy in the penultimate round.

It set up a showdown with Shkurikhin, who fell short at the final hurdle and had to settle for silver.

Belinskyy claimed the bronze medal after winning the small final at the expense of his fellow beaten semi-finalist, Michal Nowaczyk of Poland.

The strongest qualifier in the equivalent women’s event also went on to triumph as Poland’s Aleksandra Krol overcame Ukraine’s Annamari Dancha in the big final.

The 26-year-old had earlier seen off The Netherlands’ Dana Albers in the last 16, Japan’s Asa Toyoda in the quarter-finals and Poland’s Karolina Sztokfisz in the penultimate round.

Sztokfisz recovered from her semi-final disappointment to beat fellow countrywoman Weronika Biela in the small final and take bronze.

Snowboard action is due to continue tomorrow when the men’s and women’s parallel slalom medallists will be decided.