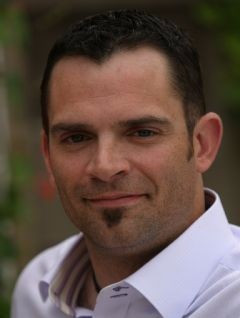 The American has a full set of medals from the Games, winning gold with the United States at Beijing 2008.

He was then a member of the side which won bronze four years later at London 2012, before he clinched silver in September at Rio 2016.

Regier, who has 12 years of national team experience, was a vice captain in the Brazilian city as his country finished second behind Australia.

He will now take over the Denmark role from homegrown duo Thor Johansson and Torben Nygaard.

The European country has never participated at the Paralympics since the sport made its debut at Sydney 2000, but Tokyo 2020 is a target.

Denmark will also be targeting a medal at the European Championships in Koblenz in Germany in June, after winning bronze at the 2015 edition in Finland and silver in Belgium two years previously.

"It is a great opportunity for me," said Regier.

"I have followed the Danish team for many years and have had the opportunity to play with and against many of the Danes.

"There are strong veterans, experienced players and great talent in the squad, so I'm thrilled to be a part of Danish wheelchair rugby."

Para Sport Denmark said the appointment of the 41-year-old came after a thorough process, with the American standing out from a strong field of candidates.

"The choice of Jason is mainly due to his vast experience in international wheelchair rugby, but also his burning desire to make a difference for the Danish national team, as he already has a thorough knowledge," Para Sport Denmark elite boss Michael Møllgaard Nielsen said.

"He has come in with a great vision and exciting new ideas that we think can lift the team."

Regier, who was paralysed from the chest down after a car accident in 1996, will meet his new players at the Danish National Championships between February 17 and 19.