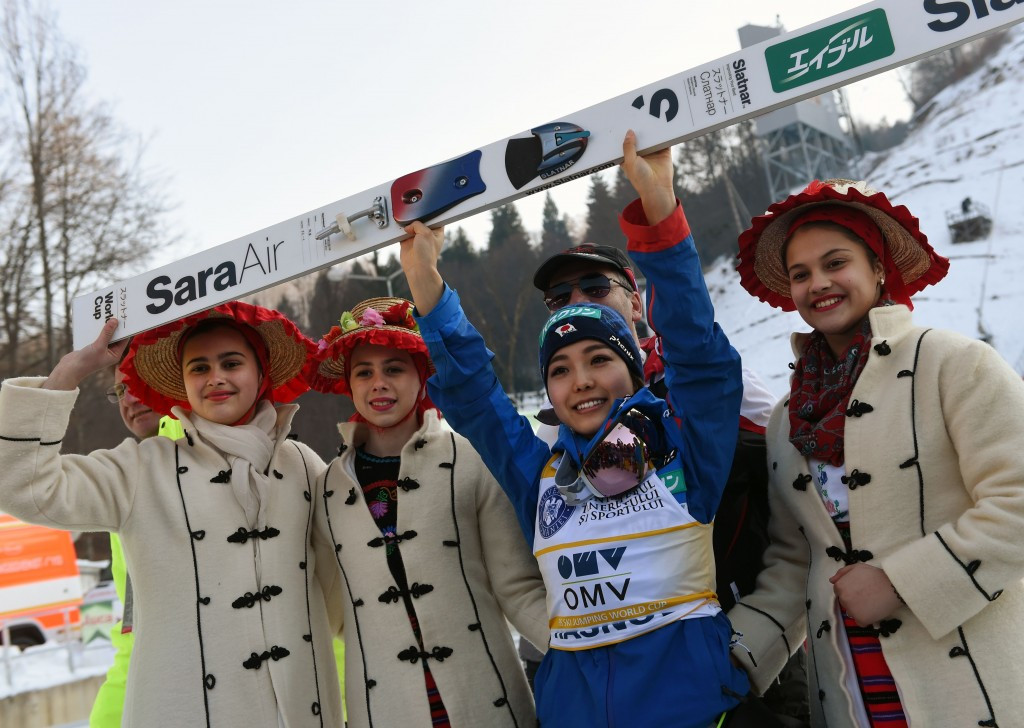 The Japanese star headed to Romania after a frustrating couple of World Cup events, where the 50th win of her World Cup career had continued to elude her as she missed up on topping the podium five consecutive occasions.

She was forced to settle for second place yesterday to the in-form Norwegian Maren Lundby.

However, Takanashi was back on top today in the second competition of the weekend.

“I am very happy that I finally won my 50th competition,” Takanashi said.

“I was so much hoping I could achieve it in Japan.

“But Rasnov also is a very special place for me as I am holding the hill record and the people were supporting me so much here.”

The podium was completed by Austria’s Daniela Iraschko-Stolz, who finished with 235.4.

Takanashi remains the World Cup leader with 995, with her Japanese team-mate Yuki Ito remaining second in the overall standings on 842.

In the men’s competition in Willingen, Andreas Wellinger would repeat his victory in qualification from two days early in front of a home crowd.

Kraft had achieved jumps of 148.5m and 135.5m, but the judges scores saw him narrowly miss out on victory.