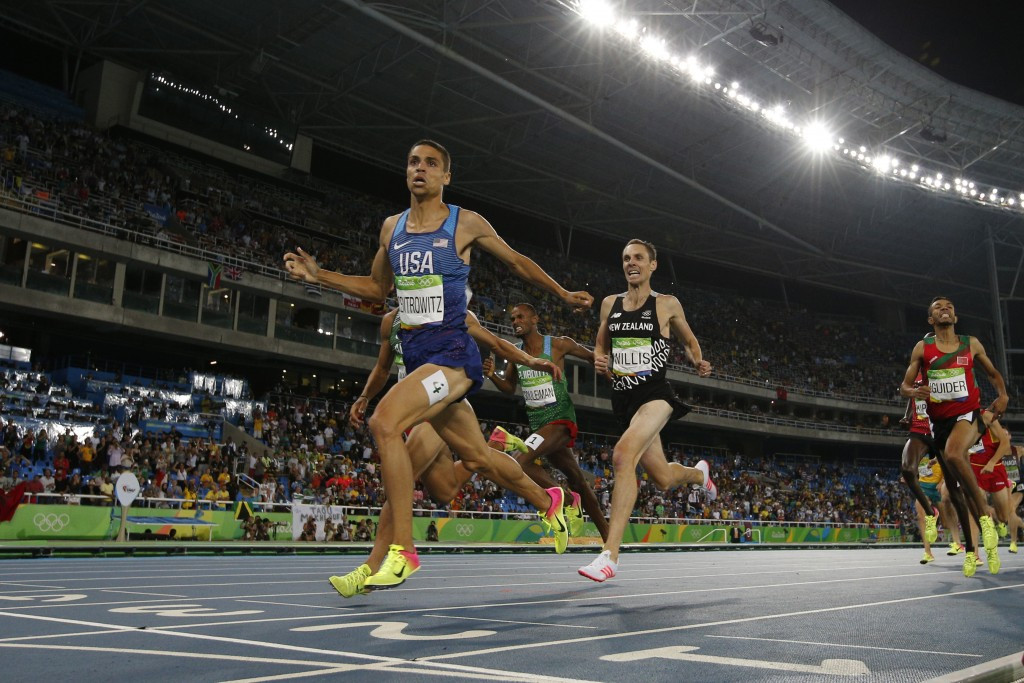 Olympic gold medallist Matt Centrowitz of the United States began this year’s International Association of Athletics Federations (IAAF) World Indoor Tour in style as he secured victory in the one mile event in Boston.

Centrowitz, who won the 1,500 metres race at the Olympic Games in Rio de Janeiro, clocked a world leading time of 3min 55.78sec at the Reggie Lewis Center at Roxbury Community College.

The 27-year-old crossed the line in front of Vincent Kebet of Kenya, while Britain’s Jake Wightman came through to take third place.

Centrowitz’s triumph provided one of four world leading performances recorded by American athletes on the opening day of the 2017 World Indoor Tour.

Chelimo judged the pace of the race perfectly on his way to an impressive win, with Andrew Butchart of Britain doing enough for second.

The United States sealed the distance medley relay honours as the team of Emma Coburn, Sydney McLaughlin, Brenda Martinez and Jenny Simpson powered round the track in 10:40.31.

It represented another world leading mark for the dominant American team, who proved too strong for teams from Europe and Boston, who were second and third respectively.

“I knew I wasn’t just running for myself,” Simpson, world champion in 2011 and Olympic bronze medallist in the 1,500m in Rio, said.

“I had to not throw away the hard work of the three women in front of me.

“I wanted to make sure I could still close hard.”

The fourth world leading time came in the women’s 800m as Charlene Lipsey stopped the clock at 2:02.01, which saw her secure a superb victory.

Habitam Alemu of Ethiopia, who had held the advantage from the 500m mark, finished behind Lipsey but in front of third-placed athlete Lynsey Sharp of Britain.

Olympic champion Ekaterini Stefanidi of Greece prevailed in the pole vault, largely due to an injury suffered by Jenn Suhr of the United States, who clinched the gold medal in the event at London 2012.

Mary Saxer added to the podium finishes for the United States by ending in third spot.

The men’s 60m race was won by Britain’s Harry Aikines-Aryeetey, who crossed the line in the same time as China’s Zhenye Xie.

The two runners had to be separated in thousandths of a second after both finished in 6.66, with American Deondre Batson ending the race in third.