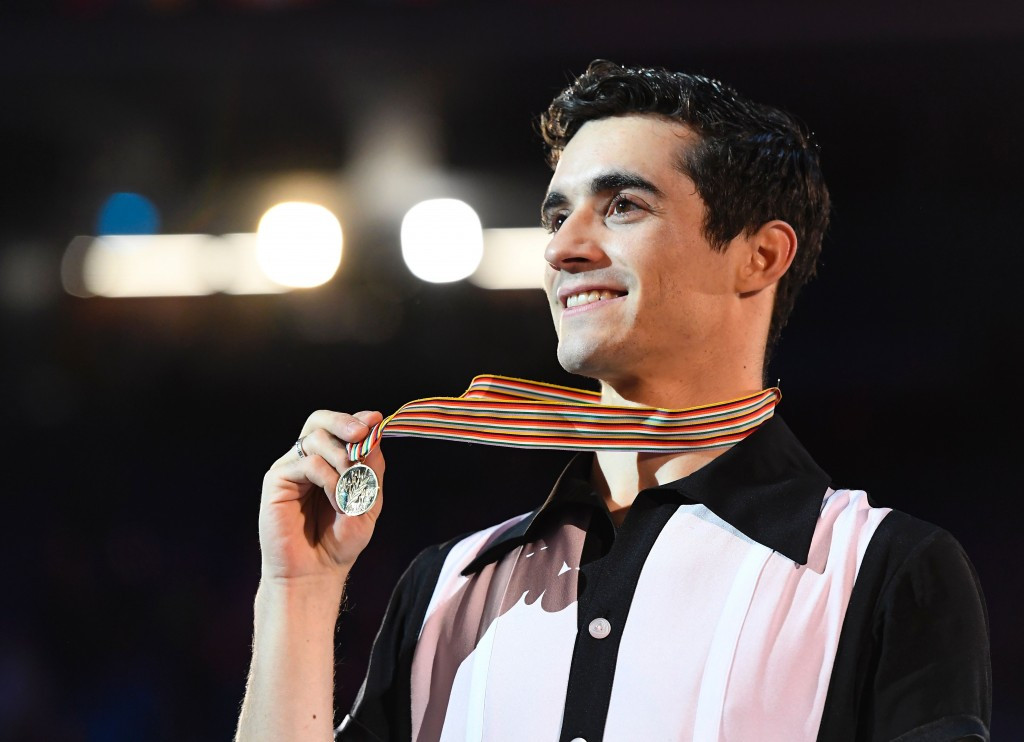 The Spaniard had achieved the fifth highest score in history in yesterday’s short programme to take control of the event.

He would wrap up the overall victory by scoring 190.59 in the free skate, giving him an overall total of 294.84 points.

Russia’s Maxim Kovtun would end as the runner-up, with his score of 266.80 seeing him claim silver for the second time in three years.

Last year, Kovtun had ended as the bronze medallist.

The podium was completed by Mikhail Kolyada, with the Russian achieving a final score of 250.18 points after an impressive free skate.

France’s Gabriella Papadakis and Guillaume Cizeron rose from third to first place in the free dance programme to defend their ice dance title in Ostrava.

Their short dance programme had left them trailing the overall leaders Ekaterina Bobrova and Dmitri Soloviev of Russia, as well as Italy’s Anna Cappellini and Luca Lanotte.

Papadakis and Cizeron produced a fine display in the free dance, as the two-time world champions looked to keep their hopes of defending the ice dance title alive.

It would ultimately prove enough to secure the gold as Bobrova and Soloviev erred, as the Russian pairs footwork would only be given a level two, resulting in a lower score of 110.38 points.

Their final tally of 186.56 points would only prove enough for bronze, as Cappellini and Lanotte secured silver for the third time at the event by scoring 186.64.