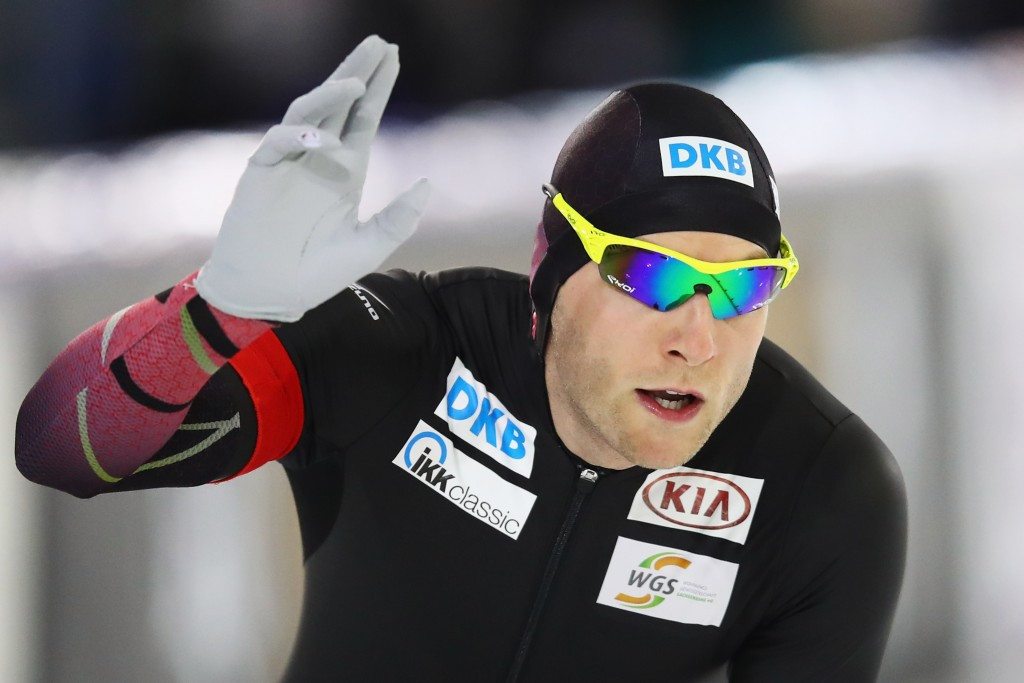 Nico Ihle delighted the home crowd by winning the men’s 500 metres on day one of the International Skating Union (ISU) Speed Skating World Cup at the Sportforum in Berlin today.

In front of partisan support, the German was one of only two men to dip below the 35 second barrier with a time of 34.83sec.

This overhauled the time of 34.97 earlier achieved by Japan's Yuma Yurakami.

Dutchman Jan Smeekens crashed after crossing the line in 35.02 to take bronze.

Second-ranked Ruslan Murashov's time of 35.17 was only good enough for seventh place.

The 31-year old sprinter was the only one to break the 38-second barrier with her season's best clocking of 37.43.

United States' Heather Bergsma underlined her similarly emphatic streak with a fourth 1000m gold of the season to prevent a Kodaira-double.

The Japanese skater set the bar at 1:15.49 in the penultimate pair, before Bergsma managed just 0.07 faster.