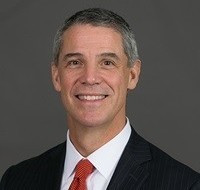 The USA Triathlon Foundation has announced that Stephen Ban, an experienced triathlete and managing director of Nuveen Asset Management, has joined the Board of Trustees.

Ban brings extensive experience in marketing, advertising and a variety of financial industries.

He earned his bachelor's degree in economics from Princeton University in 1984, and has been involved in the sport for 32 years, competing in more than 100 triathlons, including two ironman races.

He competed at the 2016 International Triathlon Union (ITU) long course World Championships as a part of the American team, comprised of amateur athletes.

The Foundation works to support and promote triathlon, and helps disadvantaged people get involved with the sport.

"I'm excited with the privilege of working with such a dedicated group of volunteers, both within the foundation and within the many organisations it supports, and mostly to give back to the sport and community that has become such a critical part of my life," Ban said.

"The USA Triathlon Foundation combines two of my most fierce passions - love of the sport and the ability to impact the lives of challenged youth."

Prior to being elected to the Board of Trustees, Ban served on Foundation's Advisory Board and as the chair of the Fundraising Committee.

He also currently serves on the Board of Directors of MetroSquash, a literacy, tutoring and sports programme serving challenged youth in Chicago.

He also serves as chair of the Distribution Council of the Mutual Fund Education Alliance, as well as on the Sales Force Marketing Committee of the Investment Companies Institute.