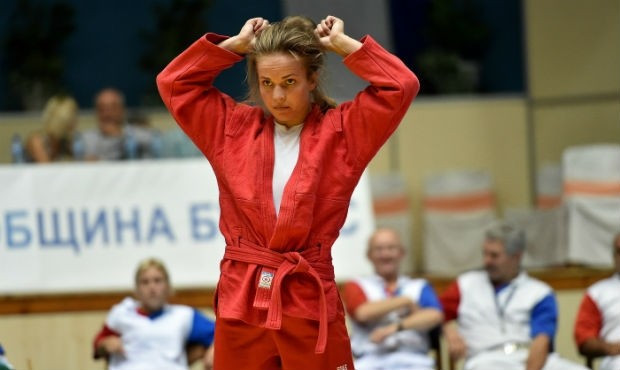 The video shows examples of women that play important roles in the development of sambo in different parts of the world.

"The campaign is not merely a call for the increase of female participation and space, it is more a reminder that women have been present across different functions for several years and they are also responsible for how sport presents itself nowadays," said a FIAS statement.

"Not because of their gender, but for the individual skills and efforts they brought to the table."

The FIAS Women’s Commission has been working closely with sambo athletes and administrators to identify what could be done to enhance the female side of the sport.

In 2016, Commission chair Monique Athanase of Seychelles took part in a conference promoted by the International Working Group on Women and Sport in Botswana’s capital Gaborone.

She participated together with leaders from the United Nations, International Olympic Committee, Peace and Sport and other organisations to discuss and exchange ideas on how to reshape women's participation in sport in Africa.

They concluded that the growth of female participation depends on all layers of society, claiming the media needs to increase coverage of women’s sport in order to build popularity.

On the other hand, it was agreed a strategy to attract spectators to the events is also crucial to show the media that they have a strong audience.

Athanase is currently in talks with the International Working Group on Women and Sport as FIAS looks to join other sport entities as a signatory of the Brighton Plus Helsinki 2014 Declaration on Women and Sport.

The Declaration serves as guidance for common future actions to develop sport and physical activity for women and sport.