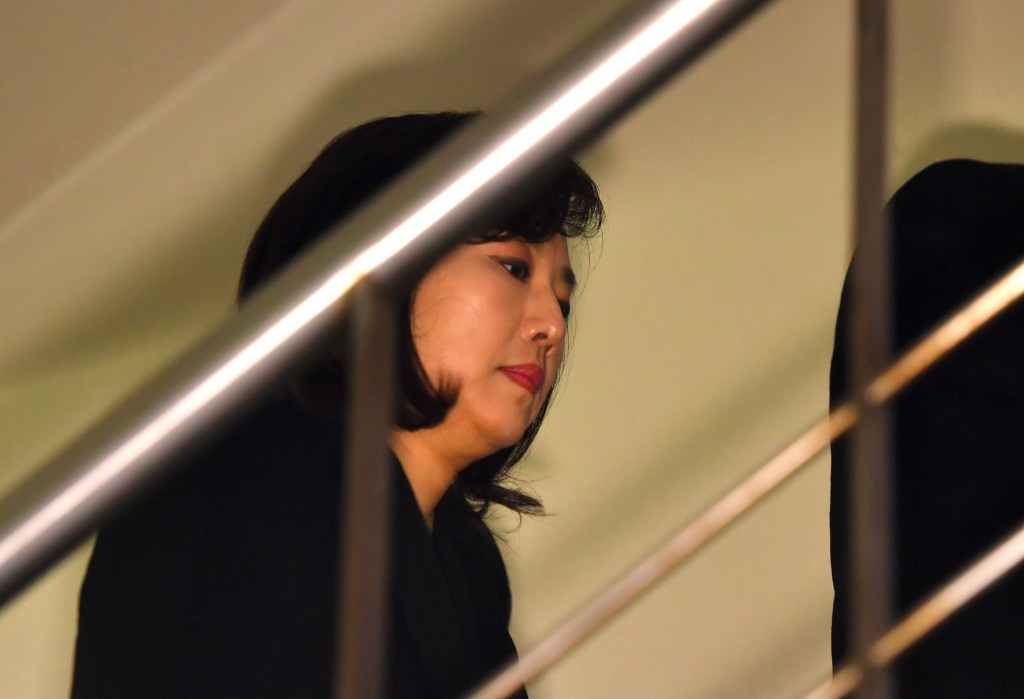 South Korea’s Culture, Sports and Tourism Minister Cho Yoon-sun has resigned after being arrested on charges of abuse of authority.

Her resignation comes with just over one year to go until Pyeongchang hosts the 2018 Winter Olympic and Paralympic Games.

Cho's departure could have an impact on preparations for the Games, as the countdown continues for organisers against a backdrop of political instability in South Korea.

“The Olympic and Paralympic Games are events that transcend national or political issues," a Pyeongchang 2018 spokesperson told insidethegames.

"Our team for PyeongChang 2018 remain focused on Games preparation, building the facilities to a standard the athletes will welcome, organizing a series of test events that will help us fine-tune our preparations, and activating promotional activities as we meet the various milestones leading up to the Games.

"All these efforts continue as normal.”

The International Olympic Committee (IOC) have expressed their belief that the latest turmoil will not have an impact.

"PyeongChang 2018 is a project of national importance in the Republic of Korea and we trust that this will not affect the Games' preparations," an IOC spokesperson told insidethegames.

Cho was charged in connection with an investigation into the blacklisting of artists critical of the Government of President Park Geun-hye.

Park is currently facing impeachment proceedings following a cronyism scandal which affecting all aspects of governance in the country.

Courts are currently considering whether to uphold a Parliamentary vote to impeach her passed by 234 votes to 56 last November.

The scandal centres around Park's links to Choi Soon-si, her 60-year-old adviser who exerted "undue influence" on policy-making despite having no official Government role, it is claimed.

Cho became the first incumbent Minister to be arrested in the country's history on Saturday (January 21), resigning shortly afterwards.

It has been alleged that Cho created a list of of artists and cultural figures to be excluded from Government arts subsidies on political grounds.

Park's former chief of staff, Kim Ki-choon has also been arrested on the same charges, with the former South Korean Culture Minister Yoo Jin-ryong pinning the blame on Kim.

"The [creation of the] blacklist was spearheaded by Kim Ki-choon for the Government to discriminate and exclude those who do not agree with it (from receiving state sponsorship)," said Yoo, according to South Korean news agency Yonhap.

"I believe that the fact that [the Presidential office] systematically suppressed the artists using the national budget is an unforgivable violation of the constitutional values.”

Song Soo-keun, the acting Culture, Sports and Tourism Minister, delivered a public apology for the scandal.

"We feel terrible and shameful that the Ministry of Culture, Sports and Tourism caused any problems in the fairness of the Government's support of the culture-arts scene over the list of artists excluded from public support," he said, according to Yonhap.

"We should have thoroughly apprehended this problem beforehand, unearthed the truth and worked out preventive measures.

An investigation is also ongoing into technology giants Samsung, a key backer of Pyeongchang 2018 and a leading International Olympic Committee (IOC) TOP sponsor, who have been implicated in connection with their alleged links to Choi Soon-sil.

Choi, the 60-year-old advisor of Park who exerted "undue influence" on policy-making, despite having no official Government role, is alleged to having influenced the tender process for Pyeongchang 2018 venues.

She has also been accused of having influenced the process by which Cho Yang-ho was replaced by Lee Hee-beom as Pyeongchang 2018 President last May.

Lee admitted earlier this month that the ongoing political scandal is affecting promotional work and sponsorship revenue for next year's Winter Olympic and Paralympic Games.

He claimed more work is required to raise money as well as ensure a viable legacy after the event, while insisted, however, that the Games have been "clean" from any corruption.