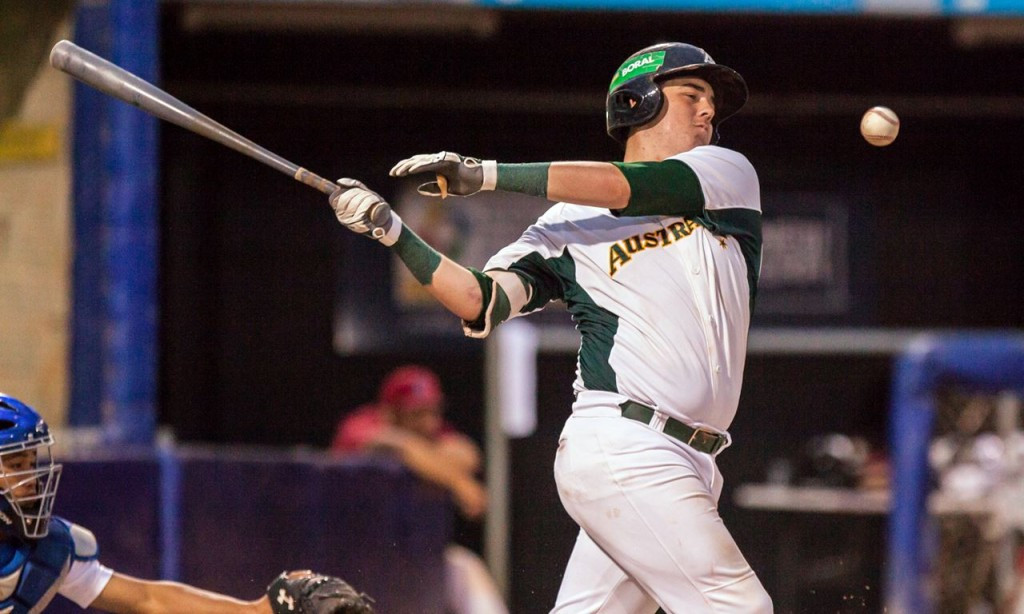 Hosts Australia enjoyed a 100 per cent record against Guam and New Zealand to capture the Under-18 Oceania Baseball Championship today at the Blacktown International Sportspark in Sydney.

As the Oceania champion, Australia will now go on to represent the continent and compete at the 2017 World Baseball Softball Confederation (WBSC) Under-18 Baseball World Cup in Thunder Bay in Canada, due to be held in September.

New Zealand took second place in the championships, which began on January 18, while Guam finished in third.

The Australian team defeated both Guam and New Zealand twice, including a 6-0 win over New Zealand today, to finish the opening round undefeated and automatically be declared the winner.

New Zealand and Guam each won one of their matches against each other.

The success in Sydney follows Australia’s gold medal at the Under-12 Oceania Baseball Championship in Hagatna in Guam last Sunday.

Eleven nations have now secured their place at the U18 world championship with the 12th country, Africa’s representative, still to be determined.

Canada, Cuba, Mexico, Nicaragua and the United States will represent the Americas while Asia's entrants are Chinese Taipei, Japan and South Korea.

Italy and The Netherlands will fly the flag for Europe while Australia complete the already qualified teams for Oceania.

When the next WBSC World Rankings are released, current number 11 Australia are set to overtake Italy and move into the world’s top 10.

“It’s a great achievement for us to climb to 10th in the world,” said Baseball Australia’s high performance manager, Glenn Williams.

“We’ve had a plan all along to attend international events with ranking points, and it’s great to have success leading up to such an important international tournament cycle.”