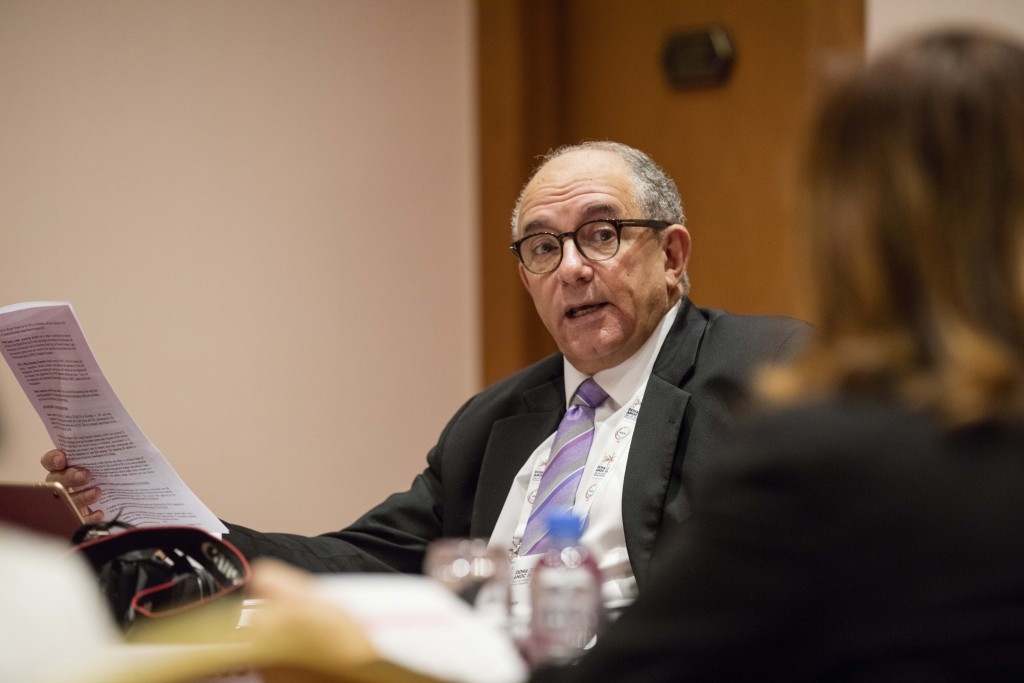 Peterkin had been one of five figures intending to run to replace Julio Maglione at a General Assembly scheduled for April 27 and 28 in Montevideo.

Nominations must be formally submitted 90 days before the vote, meaning a deadline of next Wednesday (January 25).

In a letter distributed to all members of the Caribbean Association of National Olympic Committees (CANOC), and seen by insidethegames, Peterkin has vowed to have his nomination submitted by the St Lucia Olympic Committee (SLOC) before the deadline.

However, he has made clear that will probably be purely as a precaution to ensure that, if other candidates drop out or circumstances change, he will still be able to run and in all probability, he will withdraw from the contest and support one of the others.

This would probably but not definitely be one of the two other Caribbean contenders: Puello or Joseph.

"I will ask my NOC, SLOC, to submit my nomination for the position of President of PASO, in writing, to the General Secretariat of PASO, in accordance with the Constitution which requires that the nomination be submitted at least 90 days prior to the election," Peterkin wrote in the letter.

"I encourage Dr Puello and Keith Joseph to do the same, if they have not already done so.

"As I explained at the CANOC meeting in Doha, the principal reason for the submission of all three nominations is to ensure that even if there was agreement between us as to a single candidate, the other two candidates would still be eligible for election in the event that, for whatever reason, the agreed single candidate was unable or unwilling to stand for election when the time came.

"If I am nominated by SLOC, and there is a consensus as to the preferred single candidate, I will formally withdraw my candidacy at the appropriate time prior to the elections."

insidethegames revealed in May how the three Caribbean candidates are aiming to collectively unite behind one contender out of the trio by January 15.

It was then hoped that CANOC will endorse this one figure at their Extraordinary General Assembly, scheduled for Barranquilla, Colombia, in February.

Peterkin makes clear how they had been unable to meet this deadline and hopes that his letter will act as a catalyst to inspire greater progress.

"My position is not based on an agreement between the three candidates, as while there has been continued correspondence between the three of us since the CANOC meeting in Doha, there is no specific agreement, and no agreed process as to how we would reach a conclusion in the immediate future," he said.

"It is safe to say, however, that the relationships remain very amicable, and the objective remains the same."

Peterkin, 68, is a former SLOC President who is also the current treasurer of the Association of National Olympic Committees.

He previously served as PASO treasurer between 2000 and 2012.

"Whether or not we can agree on a single candidate for the position of President, I remain committed to doing whatever I can to assist PASO in meeting its shared objectives during the 2017-2020 quadrennial," he added.

"I would therefore be happy to accept a nomination for other positions on the Executive Council, or PASO Commissions, where I can be of assistance."

Uruguayan Maglione, who also leads the International Swimming Federation, has been PASO President since the death of longtime leader Mario Vázquez Raña in February 2015.

Nuzman declared his intention to run in Doha in November, but has not yet revealed any sort of manifesto.

Ilic, aged 54, is the youngest of the candidates and is seen as the one who could represent the cleanest break with the past.

Strict electoral regulations reducing the way in which candidates can campaign were circulated by the continental body late last month.

The rules restrict publicity and trips associated with bids for any elected Executive Committee position.