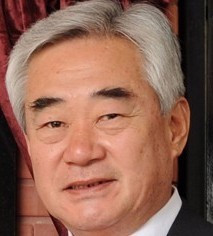 We begin the New Year with a great deal of excitement and optimism.  Last year was not just another great year for taekwondo, it was possibly our best ever.

The highlight was obviously the Rio 2016 Olympic Games. In keeping with Rio’s carnival spirit, we promised a "Festival of Fight" and we delivered.

Twenty-seventeen is time for a new mission.

After the huge success of Rio 2016 now is the time to build on this momentum - we cannot be complacent.

We are always looking to evolve and improve our sport and together we must continue to push forward and realise the immense potential of taekwondo.

We must ensure that the best fighters and the best techniques come to the fore.

Taekwondo is a fast, exciting and dynamic sport and we want to make it a sport that always "dazzles and excites".

The first step has already been taken. We have made significant adjustments to World Taekwondo Federation (WTF) competition rules which is applied from 2017 and will ensure more free-flowing and spectacular matches.

We will see this on display during the 2017 WTF World Taekwondo Championships, which will take place in Muju, South Korea.

The 2015 World Championships in Chelyabinsk, Russia were our best ever and I have no doubt Muju will build on their success.

We expect athletes from more than 200 countries will take part demonstrating the truly global strength of the sport.

But WTF is about more than sport. We take our social responsibility very seriously and are committed to harnessing the power of taekwondo for good.

Our charity initiative, the Taekwondo Humanitarian Foundation, or THF, and our World Taekwondo Cares Programme have been busy.

Our work was even recognised by Peace and Sport as we were honoured with Federation of the Year. Thanks to a generous donation from China's Huamin Charity Foundation, we will build a Taekwondo Academy in the refugee camp this year.

Twenty-sixteen was a tremendous year. Everything we achieved by working together.

But in 2017 there is even more we can accomplish.