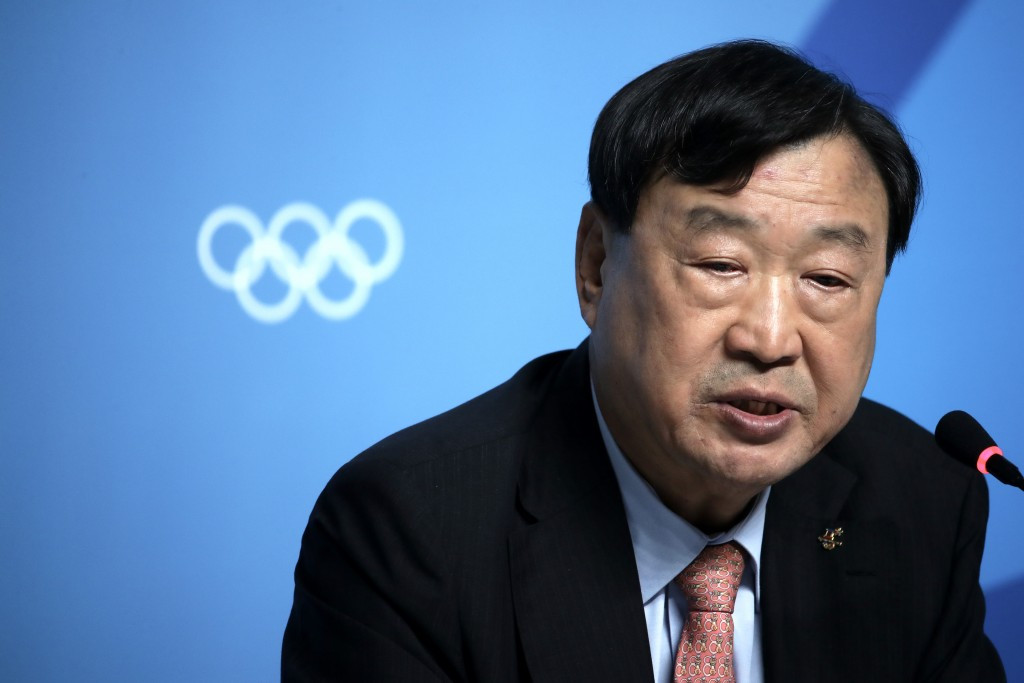 Pyeongchang 2018 President Lee Hee-beom has admitted that the ongoing political scandal disrupting all aspects of South Korean society is affecting promotional work and sponsorship revenue for next year's Winter Olympic and Paralympic Games.

Lee, speaking publicly for the first time this year, also admitted that more work is required to raise money as well as ensure a viable legacy after the event.

He insistsed, however, that the Games have been "clean" from any corruption, despite suggestions to the contrary.

Choi, the 60-year-old advisor of Park who exerted "undue influence" on policy-making, despite having no official Government role, is alleged to having influenced the tender process for Pyeongchang 2018 venues.

She has also been accused of having influenced the process by which Cho Yang-ho was replaced by Lee as Pyeongchang 2018 President last May.

"It's been widely reported that Choi Soon-sil and her associates had tried to exploit the Pyeongchang Olympics for profit," Lee was reported as saying today by South Korean news agency Yonhap.

"But while Pyeongchang might have been a target of such corruption, I can tell you that no such attempts actually materialised.

"If you find any evidence of corruption, you should let me know.

"Tendering processes by the Government aren't that sloppy.

"They have been transparent, and they will continue to be so."

Lee also claims to have no knowledge of any "conspiracy" surrounding Cho's sudden departure, claiming they should now look forwards rather than back.

Jay Y. Lee, the Samsung vice-chairman and de facto head due to health issues being suffered by his father Lee Kun-hee, is accused of having paid bribes totaling ₩43 billion ($36.4 million/$29.6 million/€34 million) to Choi.

A warrant is due to be issued for his arrest on charges of bribery and embezzlement.

His father was elected as a member of the International Olympic Committee (IOC) in 1996, despite being found guilty in 2008 of financial wrongdoing and tax evasion and sentenced to seven years in prison and fined ₩43 billion.

But he was pardoned by then South Korean President Lee Myung-bak in 2010 so he could remain on the IOC and help Pyeongchang's bid for 2018.

Lee has been in hospital since May 2014 after suffering a heart attack.

Pyeongcheong 2018 admit their promotional campaign to raise interest domestically and internationally "cannot afford to fail" amid these problems.

"Given the current political climate, it's been difficult to raise people's interest in the Pyeongchang Games," Lee Hee-beom added.

"We won the Olympic bid on our third try, and our national pride is at stake."

Around 60 promotional and cultural events marking the games are scheduled to be held in Seoul, Pyeongchang, Gangneung and Jeongseon to mark February 9, exactly a year before the Opening Ceremony of the Winter Olympics is due to take place.

It is hoped that an Alpine skiing test event beginning this week will also generate greater attention.

Legacy plans for 12 venues are still being finalised in order to avoid being left as white elephants,

Once again, the political scandal has been blamed.

"Deals with about 10 companies, worth more than ₩30 billion (£20 million/$25.6 million/€24 million), were supposed to have been signed last year, but they've been pushed back," Lee said.