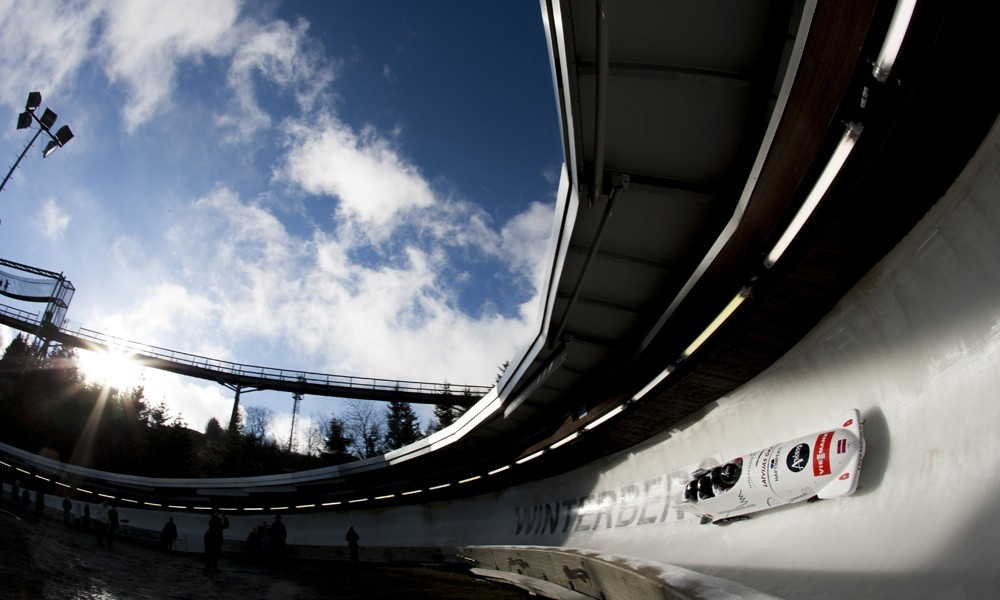 Winterberg in Germany will be hosting the International Bobsleigh and Skeleton Federation (IBSF) European Championships this weekend, an event which is also acting as the World Cup's fourth leg of the season.

In the women's skeleton event, local heroine Jacqueline Lölling is a firm favourite to win on her home track.

Last week, the 2012 Youth Olympic Champion celebrated her first World Cup victory and will start the race in Winterberg as the leader in the overall standings.

Prior to her win, the 2016 World Cup runner-up had achieved six podium finishes out of 10 World Cup starts.

In the men's skeleton event at the 2016 European Championships, the title was shared between two athletes for the first time.

The European Champion from 2010 to 2016, crossed the line behind Germany's Christopher Grotheer, who broke the track record in Altenberg to secure his first World Cup win while Axel Jungk, another German competitor, finished third.

In the women's bobsleigh, Olympic champion Kaillie Humphries is beginning to pull away in the World Cup standings after the Canadian and her brakewoman Melissa Lotholz recorded their second victory of the season last week.

Defending European Champion Anja Schneiderheinze, who won bobsleigh gold at Turin 2006, is currently pregnant and officially announced her retirement from the sport before the start of the season.

In the two-man and four-man bobsleigh events, German pilots Francesco Friedrich, Johannes Lochner, Nico Walther and their crews are among the favourites.

The trio have started in two out of the three World Cup events this season, achieving five podium finishes between them.

Oskars Melbardis, the World Champion in the four-man bobsleigh, returned to the World Cup stage last week after undergoing back surgery and finished his first race weekend this season in 13th in the two-man race and 11th in the four-man.

On Sunday (January 8), four Russian skeleton athletes Elena Nikitina, Olga Potylitsina, Maria Orlova and Olympic champion Alexander Tretiakov, had their provisional suspensions lifted by the IBSF, meaning they can compete at the event.

The quartet were suspended after the IBSF were informed by the International Olympic Committee (IOC) that investigations into alleged anti-doping rule violations from the Sochi 2014 Winter Olympic Games had been opened.

All four athletes were listed in Richard McLaren's second report - released last month - which examined allegations of Russian doping and sample manipulation at the Games.