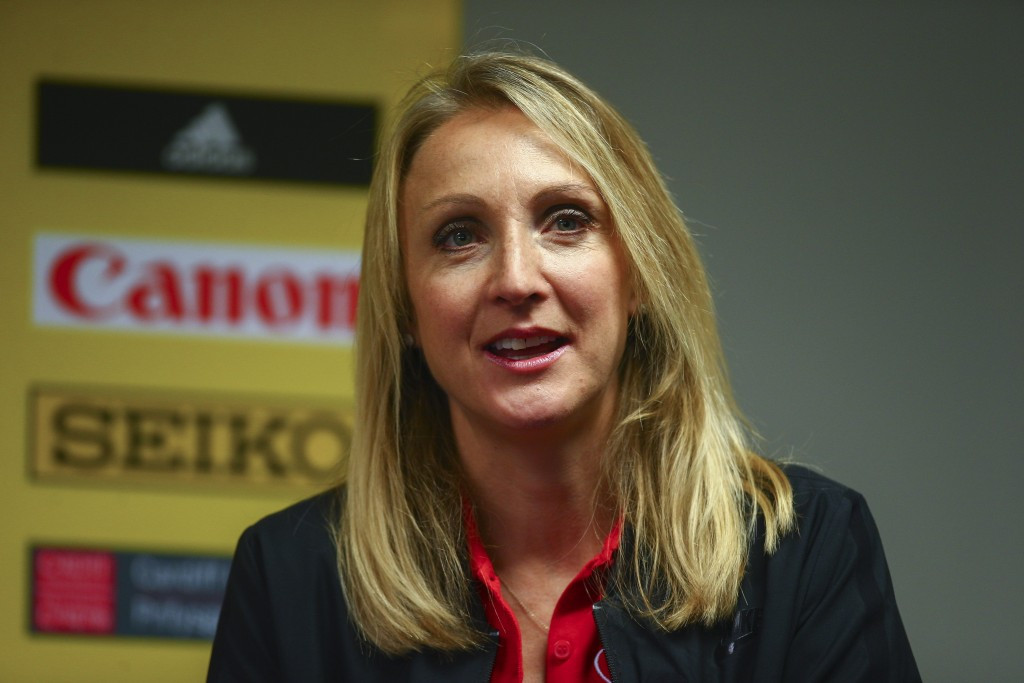 Britain’s marathon world record holder Paula Radcliffe is reported to have been named in a task force to identify which, if any, European athletics records should be erased on the basis that the athlete concerned had been doping.

Svein Arne Hansen, the European Athletics (EA) President, had flagged this initiative in a tweet ahead of today’s publication of his Delivering Change annual report.

"Among big changes I will be announcing task force to review & restore credibility to European Record list - A lot done More to do #Integrity," his tweet said.

Many of the records are held by athletes from Russia and eastern Europe, with some still held by East German athletes operating within what was later revealed to have been a state-run doping system.

Russia remains banned from international athletics by the International Associations of Athletics Federations (IAAF) after revelations of a regime that appears similar to that of East Germany.

Numerous Britons also hold European records, including Radcliffe, who holds several marks at distances ranging from two miles up to the marathon.

Radcliffe, who faced allegations in some sections of the media in 2015 that she had blood-doped before being cleared by UK Anti-Doping (UKAD) and the IAAF, is reported by The Times to be involved in the new initiative.

EA told insidethegames that it could not confirm the appointment but didn't deny it.

Radcliffe has been an outspoken campaigner against drugs in sport during and after her career.

The annual report confirms that EA is “Initiating processes to review the credibility of all European records and conduct integrity checks on all European Athletics’ past Athletes of the Year and other award winners”.

It is not clear on what basis this review will be conducted, or what scope there will be to strike out records without consultation with the IAAF.

The full make-up of the EA task force on records is expected to be announced on January 23.

“If 2015 was the year of shock, scandal and disappointment for athletics then 2016 will be remembered as the year we collectively faced up to the very serious issues and started a fight back with changes that, I believe, will ultimately see the sport emerge better, stronger and more popular,” Hansen writes in the report.

Referring to “investigations and revelations linked to doping and wrongdoing on the part of some of our sport’s former leaders”, he added: "But even in these stories we can find positives.

“For example, in response to independent investigations, the IAAF Council unanimously took principled and decisive action by extending the suspension of the Russian athletics federation while the country’s authorities go through what still looks to be a long process of reform.

“There was certainly controversy about Russian athletes missing the chance to participate in Amsterdam and Rio but we can all be assured that our sport did the only right thing in the circumstances.

“Just as importantly, our sport embraced much needed reform in how it governs itself.

“The overwhelmingly supported decision of the IAAF Congress to change the Constitution in order to prevent repetition of the abuses of the past and Europe’s strong role in the process must be sources of pride for all of us.”

The report acknowledges an ongoing financial challenge, stating that their bank account is still strong despite a major sponsor Omega pulling out.

A spokesman told insidethegames: “Omega is no longer an International Partner for us.

"It will be announced soon, but we already have in place a TSR (Timing Scoring Results) provider to replace Swiss Timing, who delivered the TSR services in relation to the Omega sponsorship contract.

"We are confident that our newly created commercial arm, EA Marketing AG, will soon secure a replacement sponsor.”

Following continuing controversy over the number of African-born athletes who have been winning European medals on the track and cross country, EA has confirmed it will be “raising the need for new transfer of allegiance regulations with the IAAF Council”.

Other initiatives include “a project team has been set up to develop a youth-friendly promotional format for athletics that can be used in the 2019 European Games in Minsk and elsewhere”, with work due to start this year.

The report adds: “We had hoped that in 2016 we could publicly launch a Europe vs USA match, but at the end of the year we were still not quite ready with all the arrangements.

“What we can say is that a host city has been secured for 2019, that contract discussions with USA Track and Field and the other necessary partners are moving ahead and that confirmation of the event is expected in 2017.”