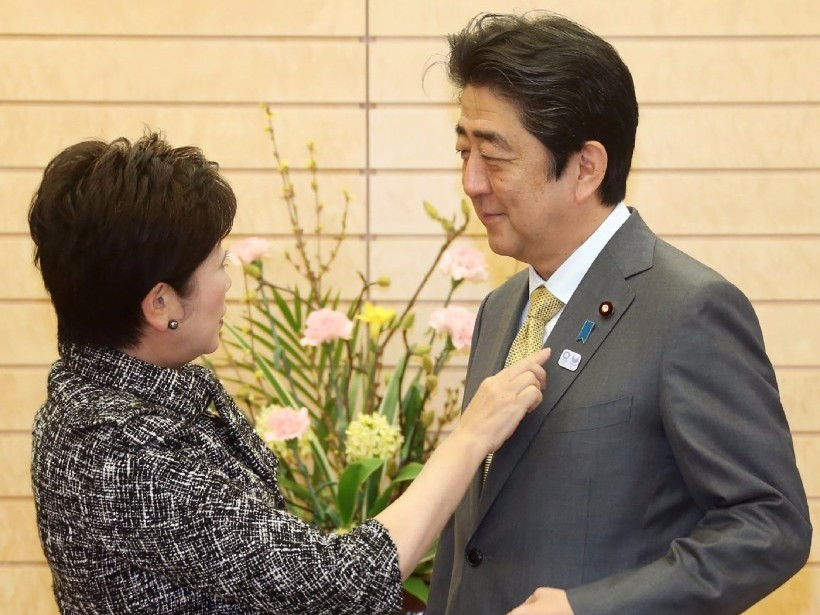 Japanese Prime Minister Shinzō Abe and Tokyo Governor Yuriko Koike have renewed their pledge to work together to make the 2020 Olympic and Paralympic Games in Japan’s capital a success - but have avoided talks for now on how the financial burden should be shared.

Speaking after a meeting with Abe in the Primer Minister’s office today, Koike claimed the Metropolitan Government and the Central Government did not hold any working-level discussions on issues such as the budget for the Games, according to Kyodo News.

The official cost estimate, revealed during a Four-Party Political Working Group meeting, was down from the maximum budget cap of ¥2 trillion (£14.2 billion/$17.3 billion/€16.3 billion) cited by Tokyo 2020 President Yoshirō Mori in November.

Concerns have been raised by Local Governments in Japan, with reports 10 wrote to Koike last month urging her not to backtrack on a promise made by the Metropolitan Government in 2013, over the cost burden they may have to shoulder, regarding the construction of temporary facilities for the Games.

The policy said Tokyo 2020 should bear the brunt of the costs for building temporary venues.

A recommendation had been made by the task force appointed by Koike, which warned in September that drastic changes must be taken to avoid the budget ballooning to ¥3 trillion (£21.3 billion/$25.9 billion/€24.5 billion), that the Local and Municipal Governments could help pay for temporary venues.

It was expected that the issue of dividing up the costs would be a key part of the talks between Abe and Koike in an attempt to determine the exact share parties would be required to take up.

Mori is reported to have met with Abe at the Prime Minister's office last week regarding the issue.

A decision on this is likely to be made by Abe, Koike and Mori before the end of the current fiscal year in March.

Today’s meeting between Abe and Koike was their first since August, shortly after the latter took office as Tokyo Governor.

Koike offered New Year greetings to Abe before attaching a badge featuring a Tokyo 2020 emblem to his suit.

Tokyo 2020 have sought to play down concerns over spiralling costs in recent months, although a task force report sparked further fears when they proposed venues for four sports - canoeing, rowing, swimming and volleyball - be moved to address the issue.

An alternative aquatics centre and a rowing and canoe sprint venue 400 kilometres away at Tome in Miyagi Prefecture were each rejected in favour of downscaled versions of existing plans for new venues in Tokyo - the Olympic Aquatics Stadium and Sea Forest course respectively.

Koike then announced that plans to stage volleyball at an existing venue in Yokohama had been scrapped in favour of the original proposal of building a new facility in Tokyo Bay.

The Ariake Arena was put forward in the initial plans and was confirmed last month as the venue for the sport at Tokyo 2020 by Koike.