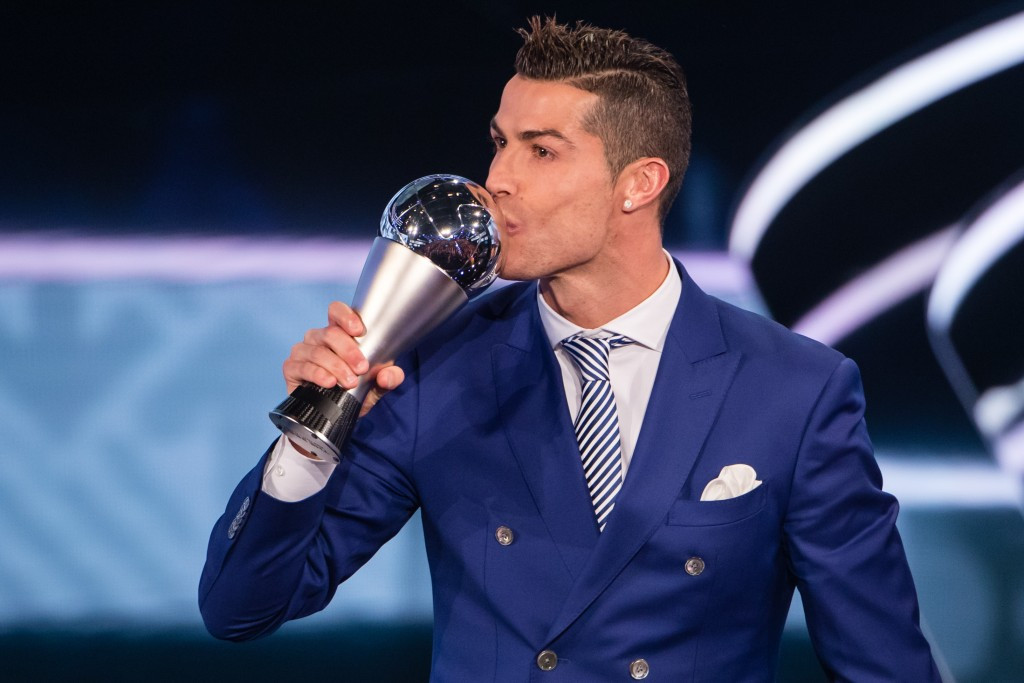 Taking place at the Zürich TPC studios, the ceremony is seen as a rival to the Ballon d'Or after FIFA ended their six-year association with that event in 2016.

It produced the same winner, however, as Ronaldo beat-off competition from Argentina's Lionel Messi and France's Antoine Griezmann.

He was recognised for his success in the Champions League with Real Madrid and at Euro 2016 with Portugal.

Messi and his Barcelona team-mates did not attend the event, supposedly because they were preparing for a vital Copa del Rey game against Athletic Bilbao.

"This achievement is incredible on a personal level," said Ronaldo.

"Unbelievable, I will never forget this year, I am very happy.

Voting was based half on the choices of captains and coaches from national teams around the world, with the other 50 per cent divided between a public ballot and submissions from journalists.

Lloyd defeated Brazil's Marta and Germany's Melanie Behringer for the women's award to follow-on from her 2015 FIFA Women's World Player of the Year accolade.

Other winners included Penang's Mohd Faiz Subri, who received the Puskas award for the best goal of 2016 after a stunning free-kick in the Malaysian Super League which began heading for the top left before curling into the top right corner.

Borussia Dortmund and Liverpool supporters received the inaugural FIFA Fan Award for their unified singing of You’ll Never Walk Alone in memory of those involved in the Hillsborough disaster.

Barcelona and Real Madrid players swept the outfield positions in the FIFA Team of the Year.

Germany and Bayern Munich goalkeeper Manuel Neuer was the only figure to buck the La Liga domination.