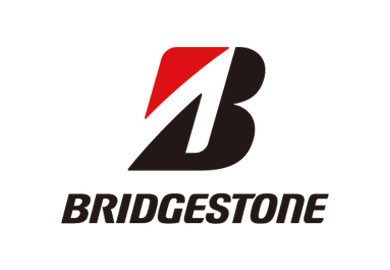 Bridgestone has announced that their marketing rights for the Olympic Games have been expanded through to 2024, effective from January 1.

The tire and rubber company became a member of the The Olympic Partner (TOP) programme in 2014, but the latest agreement with the International Olympic Committee (IOC) will allow them worldwide marketing rights.

Their initial deal granted Bridgestone rights only in Brazil, Japan, South Korea and the United States, regarding the Rio 2016 Olympic Games.

Bridgestone claimed their efforts in these four countries propelled brand awareness and engagement among hundreds of millions of people, and expect to build upon this with the new deal.

"While we're proud of our initial successes, in reality we have only just begun to leverage this universal platform to engage our worldwide teammates and expand Bridgestone brand awareness in key markets around the globe," said Masaaki Tsuya, Bridgestone's chief executive and representative executive.

"As a global company with founding roots and headquarters in Japan, there is an enormous opportunity with the next three Olympic Games being hosted in Asia.

"We look forward to reaching new winter sports fans worldwide, as well as continuing to explore new ways in which we can support the staging of the Games and its athletes - which is paramount to our partnership."

The agreement will run through to the 2024 Summer Olympic Games, which are being bid for by Budapest, Los Angeles and Paris.

It includes product marketing rights for the full range of tires manufactured by the company, as well as self-propelled bicycles and a variety of diversified products such as seismic isolators.

The company were announced as the first founding partner of the Olympic Channel back in August.

The Channel, which pledges to allow fans to "experience everything the Olympic Movement has to offer all year round", launched worldwide following the Closing Ceremony of Rio 2016 in August.

The four-year partnership between Bridgestone and the IOC for the Channel will run through until 2020.

"As a Worldwide Olympic Partner, Bridgestone already has demonstrated its support for the Olympic Movement and the Olympic values," said IOC President Thomas Bach.

"We are excited to be partnering with Bridgestone on a global basis, and look forward to continue working closely with them to bring the Olympic spirit to life for athletes, fans and communities around the world through to 2024."

Bridgestone are are also a gold partner for the Tokyo 2020 Paralympics, which will see them support the Japanese Paralympic team for the Games.