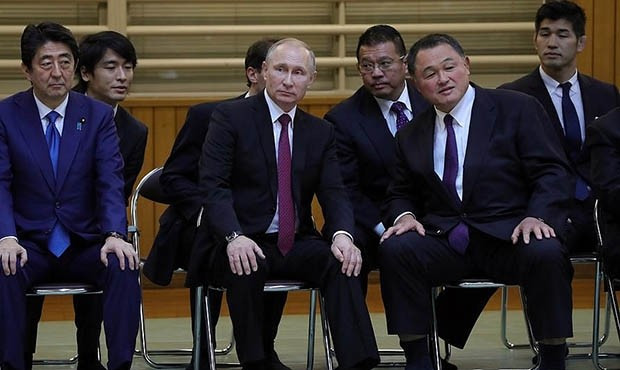 Russian President Vladimir Putin, an Honorary President of the International Sambo Federation (FIAS), visited the Kodokan Martial Arts Centre in Japan where he watched a number of exhibition performances.

Putin had the opportunity to discuss the development of the sport in Japan with Asai as well as the upcoming President's cup due to be held in Tokyo between February 10-12.

Putin is a known fan of sambo which is traditionally dominated by Russia, the country of its origin.

They claimed their third consecutive team victory at the 2016 President's Cup at the Meadowbank Arena in Edinburgh last year.

The Russians beat The Netherlands 6-1 in the final to secure an impressive hat-trick of titles during the third-staging of the tournament.

Six teams took part in the Scottish capital in all and were divided into two sub-groups.

Sambo, a martial art that literally means "self-defence without weapons", was created in 1938 in the former Soviet Union by Vasilii Oschchepkov and Viktor Spiridonov.

Putin's Russia also dominated the 2016 World Sambo Championships in Sofia, winning a total of 19 of the 27 gold medals available.