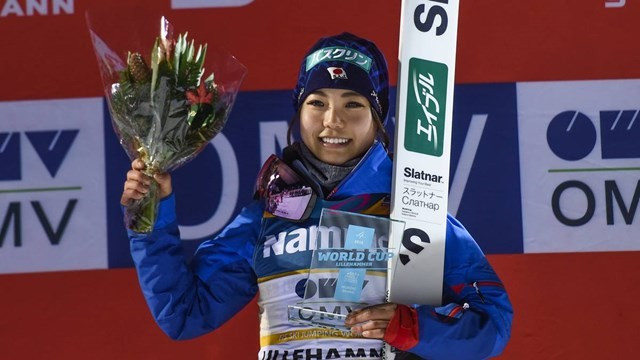 The 20-year-old Japanese, a three-time winner of the overall World Cup title, triumphed in the first competition at the German hill yesterday and made it two victories with another strong display.

It means she has now won five of the six World Cup competitions this season with her dominance of the sport showing little sign of ending.

It was the first podium finish of the season for Klinec, as Irina Avvakumova came home third after finishing second yesterday.

It means that Takanashi has extended her lead at the top of the overall standings, where she now sits with 560 points.

Her compatriot Yuko Ito is second on 352 with Austria's Daniela Iraschko-Stolz third on 317.

The World Cup season will now continue in Sapporo in Japan on January 14 and 15.