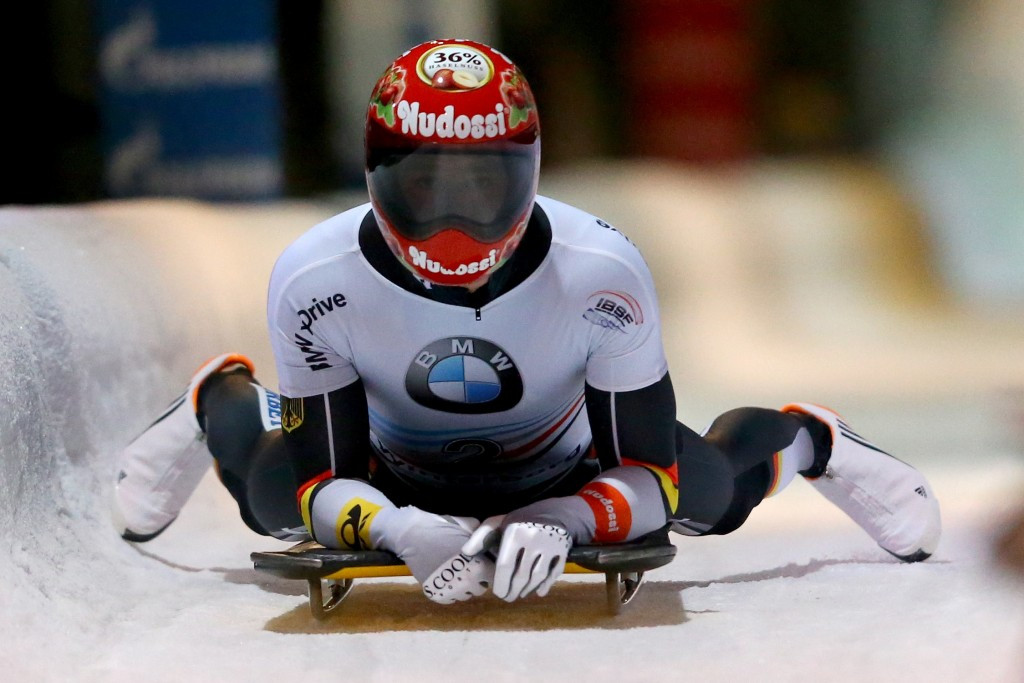 The German was competing in front of a home crowd and produced an excellent first run time of 56.20sec to finish top of the standings at the halfway mark.

Grotheer would produce an even faster second run, clocking the track record 56.10 to finish with a combined time of 1:52.30.

The 24-year-old would finish 0.30sec ahead of the reigning World Cup champion Martins Dukurs, who finished as the runner-up.

It would be the world champion’s first podium finish this season and also provided a boost to the Latvian’s prospects of winning the overall series for the eighth straight year.

Germany’s Axel Jung completed the top three, having finished 0.47 off the pace of his compatriot Grotheer.

Despite finishing down in fifth place, South Korea’s Sungbin Yun took the overall lead in the overall World Cup standings by moving onto 609 points.

He moves ahead of Russia’s Aleksandr Tretyakov, who drops down to ninth place in the standings having been suspended from competing in the event.

It followed the IBSF being informed by the International Olympic Committee (IOC) that investigations into alleged anti-doping rule violations from the Sochi 2014 Winter Olympic Games had been opened against a quartet of sliders, leading to the global governing body provisionally suspended them.

There was also a track record in the two-man bobsleigh event with pilot Francesco Friedrich and his brakeman claiming victory in a time of 1:49.20.

The German duo eclipsed the 11-year-old record to secure the second win of the season at the home event.

Russia’s Alexander Kasjanov and Alexey Pushkarev would end as the runners-up after ending in a time of 1:49.84 for their two runs, marking their best result on the World Cup circuit.

The podium was completed by Oskars Kibermanis and Matiss Miknis, with the Latvians finishing in 1:49.90.

South Korea’s Yunjong Won would end in fifth position in the standings, but leads the overall World Cup with 576 points to Kasjanov’s 546.