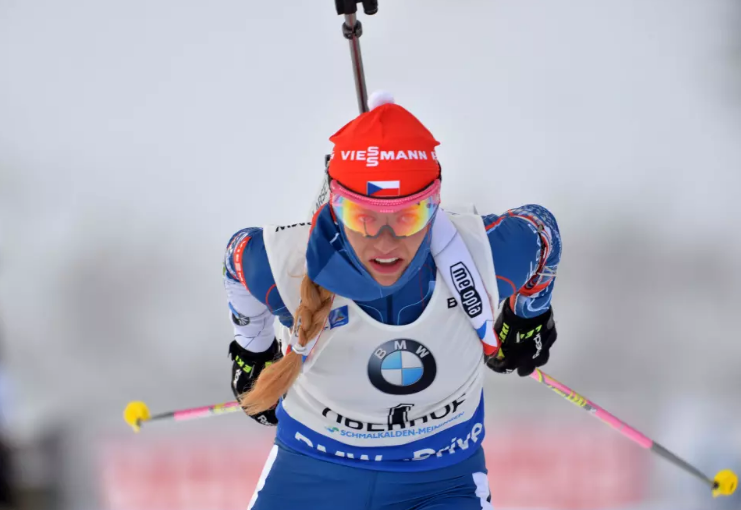 Koukalová, who claimed victory in the 12.5 kilometres pursuit on home snow in Nové Město last month, won by over 20 seconds in the 7.5km sprint event in the German resort.

In much sunnier and calmer conditions than for the men's sprint yesterday, she skied conservatively over the first half before grasping the initiative following a clean standing shoot.

France's Marie Dorin Habert finished a further 2.7 seconds behind in third after accruing one shooting penalty.

"I had many races when I was full of energy during the first loop, but missed it during the last loop," said Koukalová.

"I think today I chose my tactics wisely."

The race was also notable for the return of three-time reigning Olympic champion Darya Domracheva to the World Cup circuit after a 22-month absence.

The Belarusian, winner of Olympic gold medals in the women’s 15 kilometres, 10km pursuit and 12.5km mass start races at Sochi 2014, missed last season due to recovering from glandular fever before she had a baby in October.

Action is due to continue in Oberhof with a men's 12.5km pursuit event tomorrow.