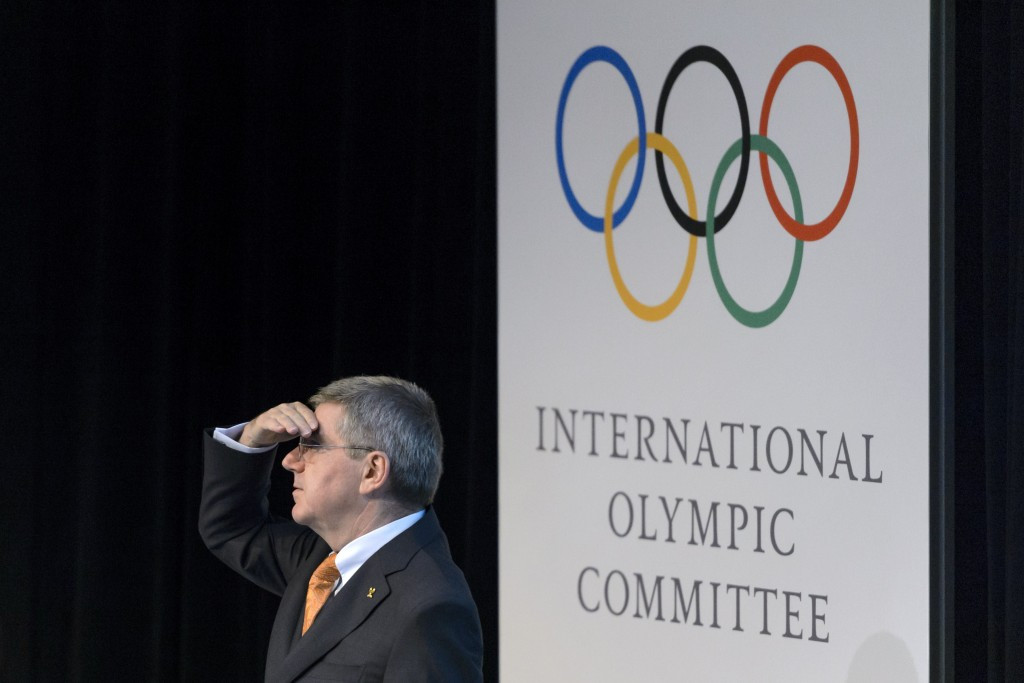 A 2024 Candidate City Briefing for International Olympic Committee (IOC) members and International Federations is due to be held in Lausanne on July 11 and 12, it has been announced.

The Briefing, a final opportunity for the three contenders to formally present themselves to the IOC and Federations before the final vote in Lima in September is scheduled to take place in the Swiss city immediately after an IOC Executive Board meeting on July 9 and 10.

It is a particularly vital opportunity for the cities - Budapest, Los Angeles and Paris - to showcase themselves to the entire voting membership, as well as representatives from the world governing bodies who are part of the Olympic programme.

A similar Briefing in June 2015 during the race for the 2022 Winter Games saw Kazakhstan's then Prime Minister Karim Massimov and China's Vice Premier Liu Yandong lead the respective delegations from Almaty and Beijing.

The event was memorable after a group of pro-Tibet protesters broke into the Lausanne Palace Hotel as presentations were taking place, carrying banners and chanting "Free Tibet" and "No More Bloody Games".

A precise format for this year's event has yet to be confirmed.

In the 2022 race both cities delivered closed presentations in the Olympic Museum before a question and answer session was given by members of the IOC Evaluation Commission to the rest of the organisation.

On the second day, individual addresses were given to members and the media about more specific technical aspects at the Palace Hotel in Lausanne.

It will set into a motion a frenetic period of lobbying with almost exactly two months before the IOC Session at the Westin Hotel in Lima.

According to an IOC calendar of events for 2017, an Executive Board meeting will take place on September 10 to 12 before the Session begins with the 2024 presentations and vote the following day.

The Session is then scheduled to continue until September 17, although an "Olympism in Action" Congress is scheduled for September 14 and 15.

A first milestone of the year for the 2024 candidates will come on February 3 when they are due to submit the third part of their Candidature Files to the IOC in Lausanne.

"Short introductory presentations" will also be given at the Association of Summer Olympic International Federations General Assembly in Aarhus on April 4.

Los Angeles 2024 will be the first of the three to receive an Evaluation Commission inspection from April 23 to 25.

The first IOC Executive Board meeting of the year is scheduled for March 15 to 17 in Pyeongchang.

It will follow immediately after a 2018 Winter Olympic and Paralympic Coordination Commission inspection to the South Korean resort on March 13 to 15.

Pyeongchang is then due to be visited again by the IOC from August 29 to 31.

Tokyo, meanwhile, is also going to shift to two inspection visits this year as the deadline narrows building-up to the 2020 Olympics and Paralympics.

A sole Beijing 2022 Coordination Commission visit is scheduled from May 22 to 26.

Buenos Aires Summer Youth Olympic Games preparations are set July 4 and 5 and Lausanne's 2020 will be inspected from November 13 to 17.

A final IOC Executive Board meeting of the year is then due to be held in Lausanne from December 5 to 7.