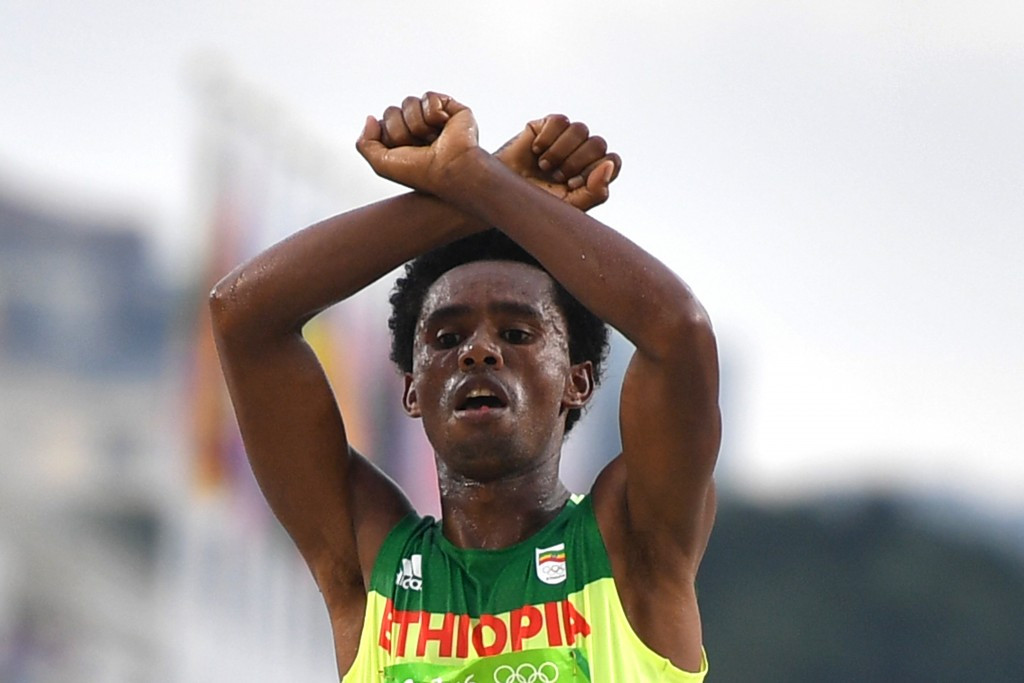 Olympic marathon silver medallist Feyisa Lilesa of Ethiopia remains hopeful he will compete for his country again after he made an anti-Government gesture when crossing the line at Rio 2016.

Lilesa has not returned to Ethiopia since the Games in the Brazilian city in August, fearing he will be "killed" following his public showing of defiance.

The 26-year-old finished second behind Kenyan favourite Eliud Kipchoge and proceeded to cross his arms in a gesture used to oppose the Government’s police crackdowns on protests in Lilesa’s home region of Oromo.

He has been living in the United States on a temporary visa since the Olympics and told the BBC World Service that he does not regret his actions.

Lilesa admits that, while he hopes to represent Ethiopia in the future, he will not do so until the current Government is "removed".

"I've always wanted to run for my country and for my people," Lilesa told the BBC World Service.

"I would like to see myself in a country where the current Government is removed and the people get freedom, so I can run for my country - not for a different country.

"I have no regrets about doing what I did in Rio.

"I would rather [than] regret not doing anything.

"I know my family is living far away from me, and that might be a problem, but my family could have been one of those families who was shot dead in the street.

"I miss my wife and children but this is no more of a problem than the Oromo people face - compared to other people, this is not a problem for me.

"he knows I might get killed if I went back so it's okay living far away from her."

Officials in Ethiopia have claimed Lilesa, the country’s first men’s Olympic marathon medallist since 2000, will be welcome back home with open arms and with hero status.

Lilesa, however, disputes this claim.

The Government had said Lelisa should not be fearful of returning to the country, despite the symbol he made at the end of the race.

He confirmed in the BBC interview that he has "no intention" to ask for asylum in the United States and is currently living there on a special visa, which allows him to live and train.

"Since my wish is to one day go back to my own country, I will remain in this country as long as my visa allows," he added.

Lilesa was not on the plane carrying the Ethiopian team home after the Games.

Ethiopian officials had paid tribute to their country’s achievements after they departed Rio 2016 with a haul of eight medals, including one gold, two silvers and five bronze.

But they made no mention of Lilesa's silver and then declined to answer any questions concerning the issue.