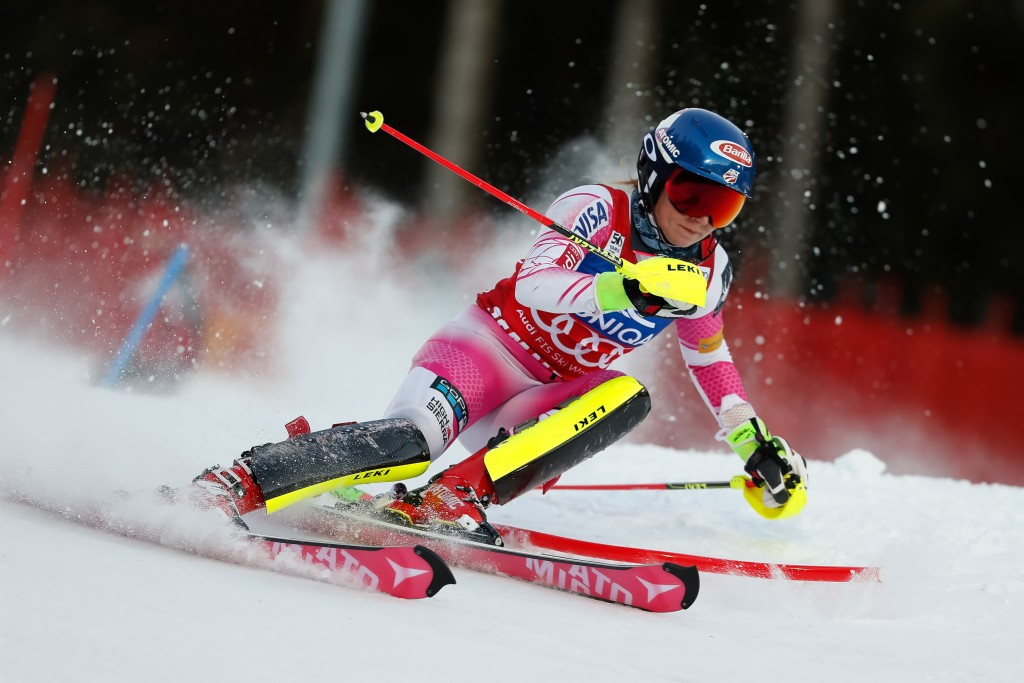 The 21-year-old, the Olympic gold medallist in slalom at Sochi 2014, clocked a combined 1min 40.06sec to add to her two giant slalom successes in the Austrian resort.

Shiffrin, also a two-time world champion, was quickest in both runs during the night competition having posted times of 50.74sec and 49.32.

Veronika Velez-Zuzulová of Slovakia was second, 0.64 seconds adrift of the American, while Switzerland's Wendy Holdener took third place after recording a combined 1:41.60.

The result handed Shiffrin a 15th victory from her last 15 races across the alpine skiing disciplines.

It also saw her continue her dominance in the slalom as the win was her 23rd on the Alpine Skiing World Cup circuit.

The performance from the American allowed her to extend her lead at the summit of the overall standings as she now has 798 points.

Defending champion Lara Gut of Switzerland, bronze medallist in downhill at Sochi 2014, is second on 583, 215 behind Shiffrin.

Shiffrin showed exactly why she is considered the overwhelming favourite to wrestle the Alpine Skiing World Cup crown from Gut as she produced a superb display, particularly on the final run.

As the last to head down the course, the American knew the time she needed to achieve and she surpassed it with a blistering run.

The next World Cup event includes a women's slalom race in Zagreb in Croatia on Tuesday (January 3).