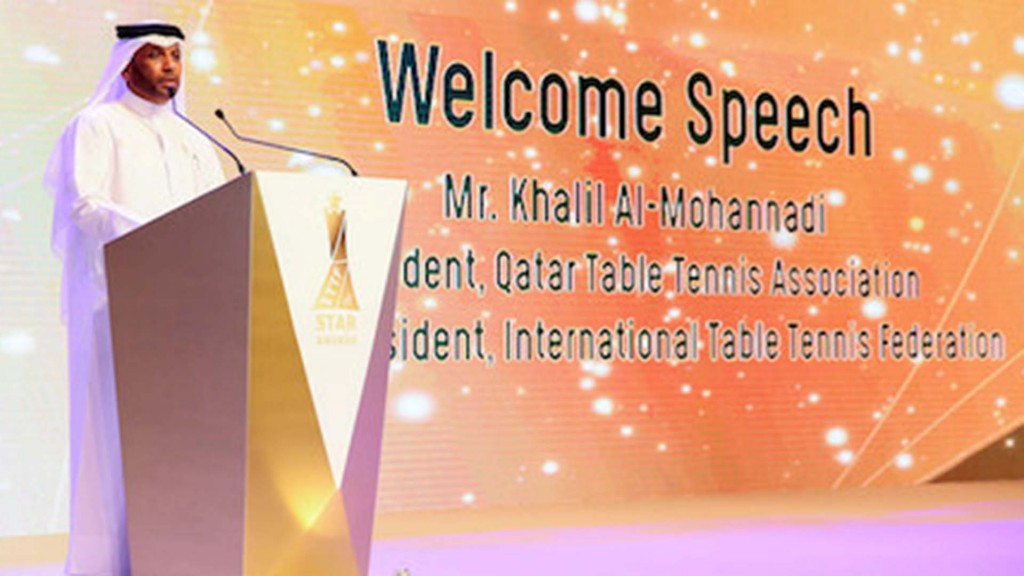 Qatar’s Khalil Al-Mohannadi will stand for the Presidency of the International Table Tennis Federation (ITTF) during next year’s elections.

Al-Mohannadi, an ITTF vice-president and a member of the governing body’s ruling Executive Committee since 2007, is set to go up against incumbent head Thomas Weikert and Belgian table tennis legend Jean-Michel Saive for the top job at the organisation.

Germany’s Weikert has been ITTF President since September 2014 but was never elected, instead assuming the position automatically as he was Adham Sharara's deputy when the Canadian stepped down.

Saive, the 46-year-old who was the Belgian flagbearer at both the Atlanta 1996 and Athens 2004 Olympic Games, told insidethegames in October that he would formally enter the race early next year.

He has not yet given official confirmation of his candidacy.

The announcement from Al-Mohannadi, Qatar Table Tennis Association President for 11 years, means there could now be a three-way battle for the ITTF Presidency.

An election is expected to take place on May 31 during the ITTF World Championships in Düsseldorf.

“I am proud that the Qatar Table Tennis Association has made huge progress during my years of office and has become one of the leading and most successful organisers of high level world table tennis events,” the Qatari said.

Al-Mohannadi has pledged he will make all of the ITTF’s financial transactions “transparent”, while vowing to increase the popularity of the sport worldwide in order to gain the recognition of all major television channels.

In his manifesto, he says he will work towards a “major marketing improvement” with title sponsors for the sport’s global competitions and will aim to unify the eligibility rule for all international events to be the same as the regulations required for the Olympic Games.

National Associations within the ITTF have until April 30 next year to submit nominations for Presidential candidates.

Weikert announced his plan to stand for a fresh four-year term at the governing body’s Annual General Meeting in October.

The German has outlined five "key central themes" which will be the focal points of his campaign.

One theme, entitled One World, One Game, One Level promises further implementation of existing ITTF development programmes, with the aim of building the sport in supposedly "small" table tennis nations.

Weikert has also targeted using digital platforms to "achieve an even stronger connection between fans and the sport" and tap into the younger generation, while he wants to keep the sport "attractive for players, spectators and the media" to "further improve its appeal through a variety of methods".