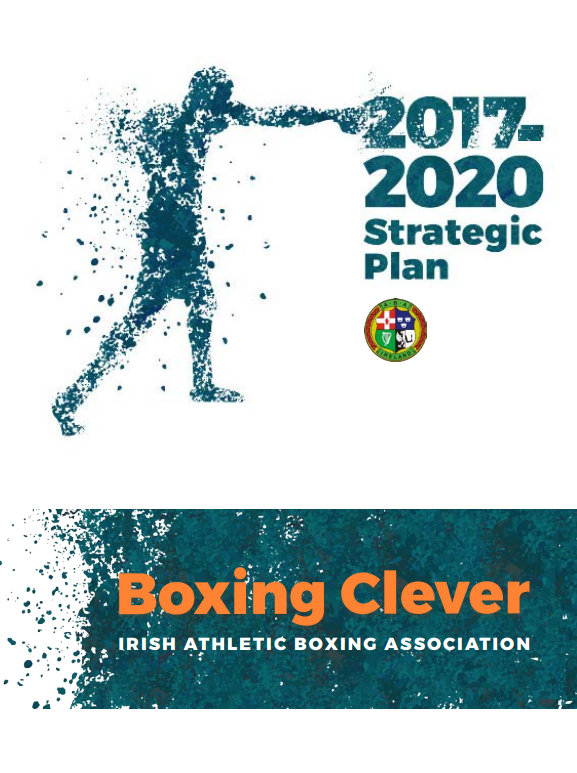 The Irish Athletic Boxing Association (IABA) has set the target of being in the top three nations in terms of fighters qualified for Tokyo 2020 after publishing its strategic plan for the next Olympic cycle.

Despite winning seven boxing medals across the Beijing 2008 and London 2012 Olympics, including lightweight gold for Katie Taylor at the latter, Ireland failed to reach a podium at the Rio 2016 Games in August.

It is hoped the launch of IABA’s strategic plan for 2017 to 2020, entitled "Boxing Clever", will ensure boxing in the country achieves its potential.

The plan sets out the key objectives for Irish boxing with deliverable goals supported by defined actions in each area.

It was formulated following extensive consultation with stakeholders and members around the country, through regional focus groups, one-to-one meetings, phone calls and an online survey.

As well as striving to be top five in the world rankings and to be in the top three countries with boxers qualified for Tokyo 2020, the plan also has the aim of increasing participation by 15 per cent and establishing more robust corporate governance.

Other goals are communicating more effectively and increasing and diversifying income streams to 25 per cent of overall income.

"This plan charts the way forward for the Association," IABA President Pat Ryan said during the launch of the plan at the National Boxing Stadium in Dublin.

"It is now time to come together, to listen to each other so we can ensure a very positive future for Irish boxing.

"Everybody involved in Irish boxing now has a sense of what we are about and what we are working towards."

IABA also intends to strip down and refit its high-performance unit, which chief executive Fergal Carruth admits will not be straightforward.

"We have to be cognisant of that," he told the Irish Examiner.

"We weren’t as successful as we were by accident.

"We have recognised that in order for us to achieve the success that we want to reach through the next four years and beyond that we have to consider our structure and how we do things.

"It’s not just because we want to be better, because we do, it is because we are looking at our opposition, Team GB, the French, the Azerbaijanis and Kazakhstanis and how they are improving.

"We have highlighted where we are weak and where we need to strengthen and it is as simple as that."

IABA chairman Joe Christle added: "Our members are the lifeblood of the Association and the strategic plan recognises the hard work and dedication of all those who contribute to Irish boxing and sets out clear actions to improve how we support all within the boxing family."

Severe reprimands were issued to Irish boxers Steve Donnelly and Michael Conlan and Britain’s Anthony Fowler, by the International Olympic Committee (IOC) in September after they were found to have bet on boxing events at Rio 2016.

IOC rules state that Olympians cannot place bets on the Games as it may "infringe" on the "course or result of the competition".

The IOC confirmed that the trio of boxers were found by the Disciplinary Commission to have violated rules, but found no intent to manipulate any event.

As a consequence, they avoided the possibility of being fined, instead receiving the reprimand and being obliged to follow and contribute to various integrity educational programmes.

Bantamweight world champion Conlan was involved in further controversy at Rio 2016, with Russia’s Vladimir Nikitin having been awarded victory in their quarter-final bout despite the Irish boxer having been seen by many to have dominated the fight.

Conlan then went on an expletive-laden rant in a post-fight interview with RTE, where he claimed the International Boxing Association were "cheats" and that amateur boxing "stinks from the core to the very top".

The Irishman also vowed never to fight again for AIBA.

IABA's strategic plan can be accessed by clicking here.