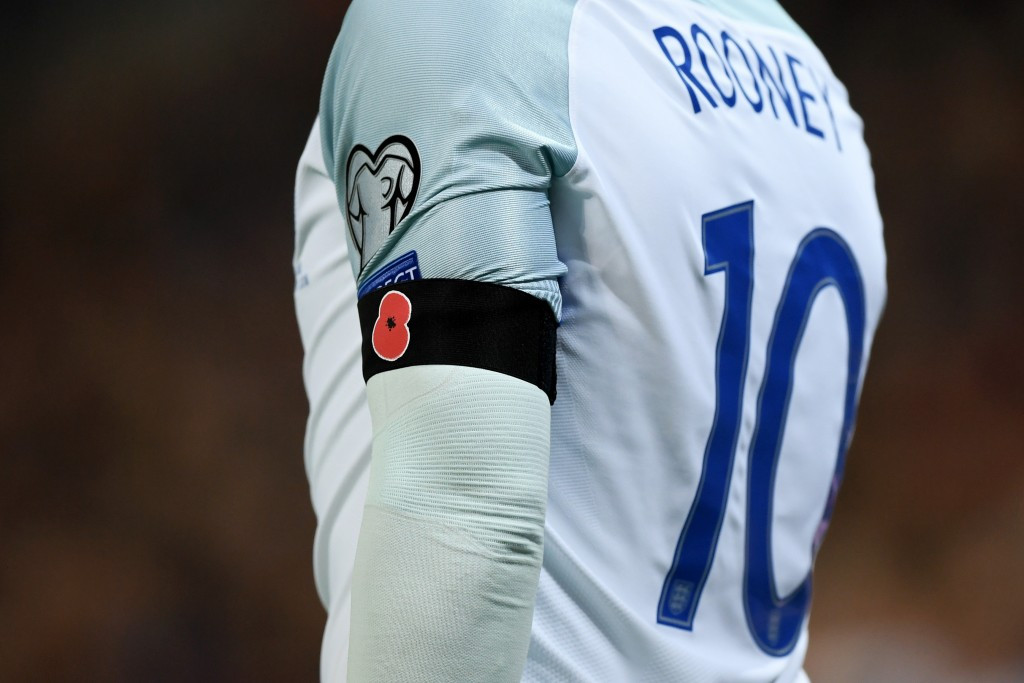 FIFA has fined the Football Associations in England and Scotland after players from both countries wore armbands depicting poppies during last month’s 2018 World Cup qualifier at Wembley Stadium.

The decision is likely to spark outrage in the respective nations as the poppy is a symbol worn to remember those who lost their lives during World War One and subsequent conflicts.

FIFA said it was due to "the display by the host association, the English team and spectators of a political symbol and several cases of spectator misconduct"/

The FA has confirmed it intends to appeal and has written a letter to ask FIFA for an explantion.

(1/2) We note the decision by the FIFA disciplinary committee, which we intend to appeal. https://t.co/hIWbVDcobr

(2/2) As a first step, we have written to FIFA requesting the grounds for the decision.

A wreath was laid beside the pitch during Wales' match in Cardiff, while fans displayed a mosaic.

Northern Ireland held a minute's silence, laid a wreath and supporters also held up a mosaic.

In November, FIFA opened disciplinary proceedings against the Football Association of Ireland following their use of a logo to commemorate the centenary of the Easter Rising.

During an international friendly match against Switzerland in March this year, the Republic of Ireland's players had the years 1916 and 2016 embroidered on their shirts.

The Easter Rising took place in April 1916, where a group of rebels sought to end British rule in Ireland and establish an independent Irish Republic.

A total of 15 of the rebellion leaders were later killed while around 485 people lost their lives across six days of conflict.

"With these decisions, it is not our intention to judge or question specific commemorations as we fully respect the significance of such moments in the respective countries, each one of them with its own history and background," FIFA Disciplinary Committee chairman Claudio Sulser said.

"However, keeping in mind that the rules need to be applied in a neutral and fair manner across FIFA’s 211 Member Associations, the display, among others, of any political or religious symbol is strictly prohibited.

"In the stadium and on the pitch, there is only room for sport, nothing else."

FIFA has also sanctioned Chile for homophobic chanting and they have been ordered to play their next two home World Cup qualifiers, against Paraguay and Ecuador, behind closed doors.

Romania have been banned from the Arena Naționalăin Bucharest for two matches and fined CHF95,000 (£75,000/$92,000/€89,000) after fans threw flares and firecrackers onto the pitch during their clash with Poland last month, which the visitors won 3-0.

Polish striker Robert Lewandowski, who plays his club football for Bayern Munich, escaped injury after a flare exploded near him, with the match later suspended as a result of the behaviour of the supporters.

Honduras have also been hit with a ban from playing at their home ground - the Olympic Stadium in San Pedro Sula - due to "several incidents" in their match against Panama in November, which finished in a 1-1 draw.