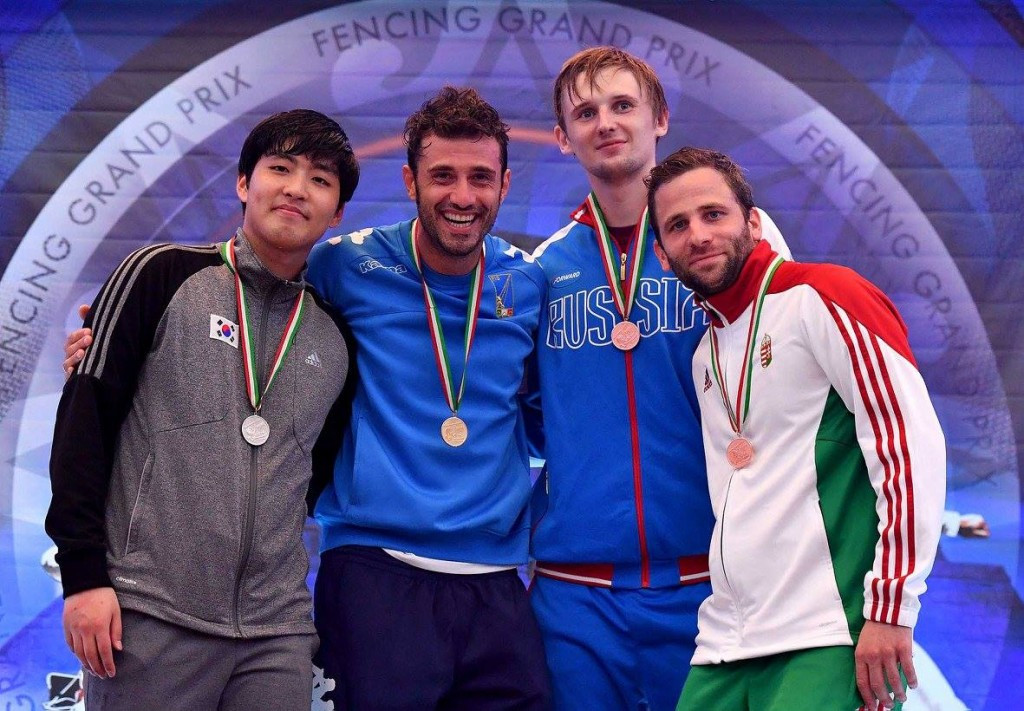 The Italian won 15-11 against South Korean rival Lee Jong-hyun in the final to improve upon four previous bronze medals.

It marked the 29-year-old's greatest individual success in a career highlighted largely by a London 2012 Olympic bronze and three European titles in the team event.

He also claimed a Chicago World Cup gold medal in May 2014.

Semele had earlier won 15-9 against Hungarian Csanad Gemesi to secure a spot in the final.

Lee prevailed 15-10 over Russia's Ilya Motorin in the other last-four clash.

Italy's Enrico Berre and South Korea's Gu Bon-gil were two of the losing quarter-finalists along with Germany's Domenik Koch and another Hungarian in Nikolasz Iliasz.

The event is now due to resume in Long Beach, California, on March 17 and 18.