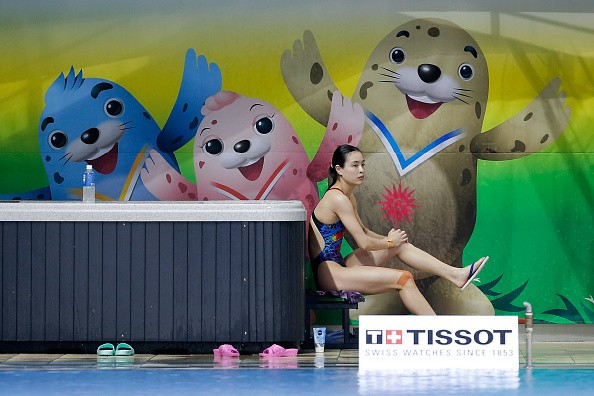 China's most decorated Olympian Wu Minxia has announced her retirement from diving due to her "physical condition".

The springboard specialist is the only Chinese athlete to win seven medals at the Games, with her glittering career consisting of five Olympic golds and eight World Championship titles.

"Now, though reluctantly, it's time to leave," the 31-year-old confirmed on her official Weibo account.

"The story of Chinese diving didn't start with me and it won't end with me."

After first taking up the sport aged six, Wu has been a member of the Chinese national team since she was 13.

She claimed three metres springboard gold as a 16-year-old alongside Guo Jingjing at the 2001 World Aquatics Championships in Fukuoka.

The duo won again two years later in Barcelona before claiming the Olympic title at Athens 2004.

Synchronised gold was followed by individual bronze at Beijing 2008 before she teamed up with He Zhi for a third successive triumph at London 2012.

This time, Wu also finished top of the podium individually before she crowned her career with a fourth synchronised success alongside Shi Tingmao at Rio 2016.

Wu was widely expected to retire after the Brazilian Games after battling a leg injury throughout the year, but she had refused to confirm her intentions until now.

"I am really sorry, but my physical condition does not allow me to continue training," she added to CCTV when confirming her retirement.

"I really feared the coming of today."

She has also won five golds and a silver across four editions of the Asian Games.

Her retirement marks the changing of the guard in Chinese diving after another five-time Olympic champion in Chen Ruolin announced her retirement in October due to a neck injury.

Gymnast Zou Kai is the only other Chinese Olympian to have won five gold medals.