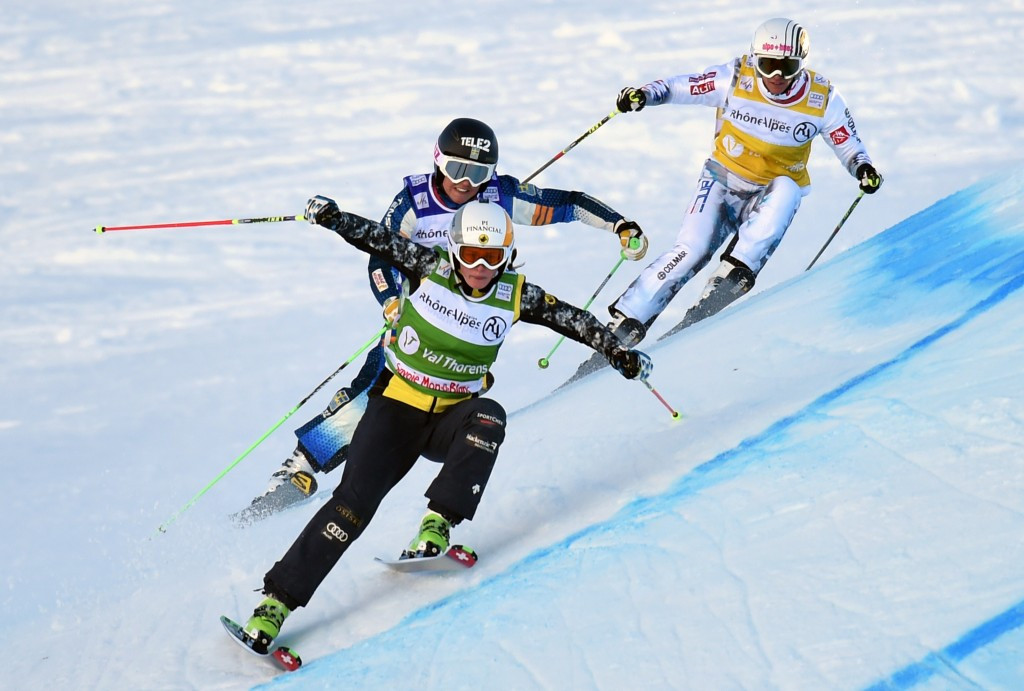 Her time was all the more impressive considering she skied the entire run without the use of one of her poles, which she dropped coming out of the start gate.

Georgia Simmerling, also of Canada, won a team pursuit bronze medal in cycling at the Olympic Games in Rio de Janeiro but has made a comfortable transition to the snow.

She was second behind team-mate Thompson having clocked 55.79.

Fresh from earning her maiden career podium in Val Thorens, Germany's Daniella Maier was third as she maintained her impressive start to the season.

Sweden's Anna Holmlund, who is Thompson's closest challenger on the overall standings, endured a disappointing afternoon and she languished down in ninth.

The Frenchman had produced the fastest time of 52.70 before the Canadian took to the course, while Del Bosco's countryman Kevin Drury did enough for third.

The finals in the men's and women's ski cross events are due to be held tomorrow.