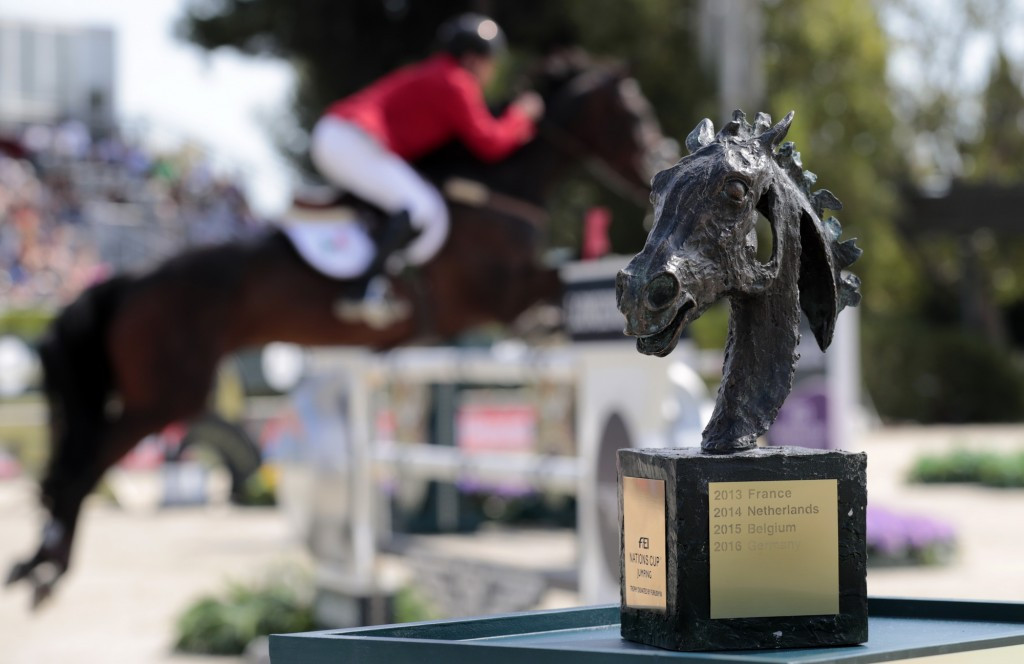 The Spanish city will again host the event, considered as the most prestigious team jumping competition, at the Real Club de Polo de Barcelona (CSIO).

It will take place 25 years after Barcelona staged the Summer Olympic Games in 1992, where equestrian was held at CSIO.

"The FEI Nations Cup series is the jewel in the crown of the international team jumping calendar and we are delighted to allocate the honour of hosting the Final of this flagship series to Barcelona," FEI President Ingmar De Vos said.

"Barcelona has hosted the final since the inception of the modernised format of the series.

"In creating the final, we not only secured a future, but greatly increased the value of the series.

"We have absolute confidence in the Barcelona Organising Committee to deliver an outstanding event and together we will commemorate the ongoing legacy from the 1992 Olympic Games as the Club de Polo celebrates 25 years since it hosted the Olympic equestrian events.

"The significance of the FEI Nations Cup series has continued to increase over the years and the remodelling of the competition format in 2013 has revolutionised this team sport."

The Nations Cup has been held every year since 1909, with the best 18 teams from the 2017 jumping season set to earn a berth at the Final which will taken place from September 28 to October 1.

Run over three competitions, the Final sees all 18 teams bid to earn a spot in the final 10, before the winners are decided.

Germany were the victors this year, with a jump-off against Great Britain deciding the result.

"It's a great honour and further testament to the efficient way in which the Club has organised the Grand Final over the last four years," President of CSIO Barcelona Emilio Zegri said after the decision.

"We are especially thrilled because our fifth Final will coincide with the celebrations for both the Club's 120th anniversary and the 25th anniversary of the '92 Olympic Games.

"It's now 25 years since our arena hosted the equestrian competition at those Olympics.

"We've continued to be a point of reference at a global level and we want to remain so, for the sake of both Barcelona and the Real Club de Polo itself."