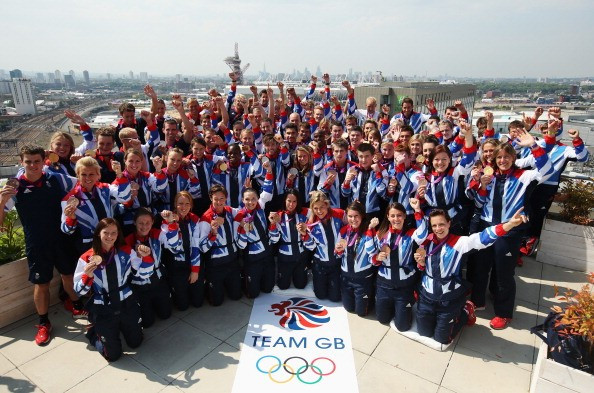 British athletes hoping to appear at Tokyo 2020 could have to compete in a new televised "Olympic Trials" qualification system taking place across two cities a month before the start of the Games.

The British Olympic Association (BOA) claim to have UK Sport backing for the idea and are currently attempting to gain the support of national sporting federations.

Under current plans, it is hoped that around six or seven sports will compete in a multi-sport event taking place across two weekends in June 2020.

Discussions are still ongoing with others, including athletics.

"There are a number of good conversations going on at the moment and the idea is that it will take place in June 2020," he added.

"It’s an idea backed by UK Sport and we’ve seen it work very successfully in the United States.

"It would be a slightly different model [to the USOC trials] - it wouldn’t be as brutal with their first-past-the-line idea, which might be because they’ve got more athletes to choose from."

The event would increase exposure for athletes before the Games, with gaining a television broadcasting deal cited as a priority by Sweeney.

However, the US trials are notorious for the brutality of a system in which there is no provision for athletes who do not finish in the top three to be selected.

This year, for instance, Keni Harrison finished sixth at the US Trials in the 100 metres hurdles and thus missed out on Olympic selection for Rio 2016 despite having set the world record of 12.20 seconds this season.

It is thought some sporting bodies - such as boxing and cycling - have reservations about the Olympic Trials plan for this reason.

Sweeney admitted this would be something they would have to think about, citing the example of when US world decathlon champion Dan O’Brien failed to register a pole vault score and missed out on Barcelona 1992 selection.

He worked for Reebok at the time, who were running an Olympic advertising campaign around O’Brien’s rivalry with US team-mate, Dave Johnson.

But he pointed-out how British Swimming’s Olympic trials in Glasgow this year already incorporated a similar system in which athletes had to win their event as well as clock the required standard.

Athletics has traditionally used a more subjective system in which two positions in an event are decided at the trials and the remaining place is left at the discretion of the selectors.

"Very tentative" discussions are also underway for a multi-sport competition between Britain and the US taking place in a similar format to the Ryder Cup golf.

Sweeney claimed this would be possible if five or six sports could find space in their calendar.

The official also met with England rugby union coach Eddie Jones yesterday in order to discuss the possibility of sharing training facilities for the 2019 Rugby World Cup in Japan.

Britain are in the process of finalising a deal to be based in Yokohama at training facilities ahead of the 2020 Games.

It marked the first time a country had ever improved upon their medals tally in the next Games after they had played host.

A state-of-the-art training camp at Belo Horizonte was cited as key to their success.

"He has had a decent run this year and he has been extremely congratulatory about Rio so he has quite naturally said, 'what happened in Rio, what went well there and what didn’t go so well?,'" Sweeney said about Jones.

"He knows Japan extremely well [as a former national team coach who has a Japanese mother], so we would be crazy not to share information and see, are there ways we can do things jointly for 2019 and 2020?"