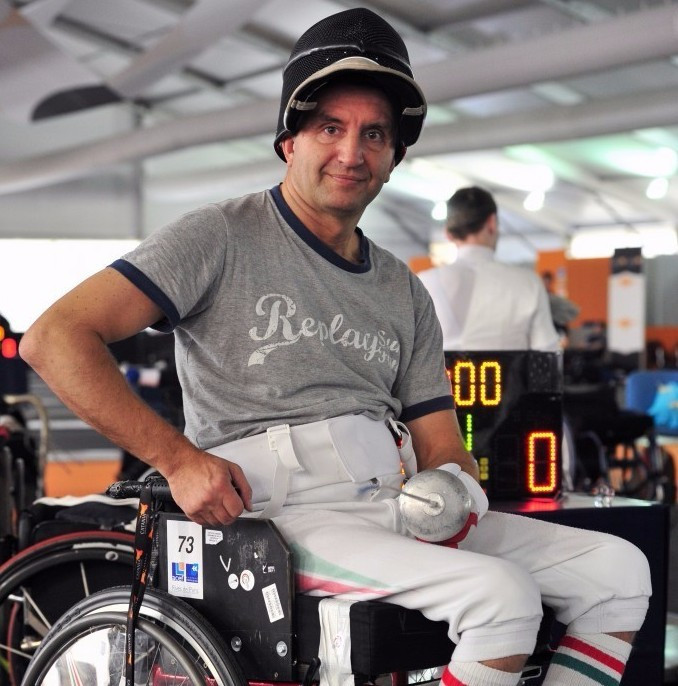 Pál Szekeres, the first athlete to win medals at the Olympic and Paralympic Games, has been elected chairman of the International Wheelchair and Amputee Sports Federation (IWAS) Wheelchair Fencing Executive Board.

The Hungarian, who followed team foil bronze at the Seoul 1988 Olympics with individual foil gold at the Barcelona 1992 Paralympics, was elected during an Assembly meeting in Pisa for a four-year term.

He replaces Poland's Jakub Nowicki, who shifts to the vice-president role.

Udo Ziegler of Germany will continue to serve as secretary general on the new panel.

Other members are Giampiero Pastore of Italy, Pascal Godet of France, Peter Huggins of Britain, Ksenia Ovsyannikova of Russia and Valber Nazareth of Brazil.

IWAS President Paul DePace and chief executive Charmaine Hooper were also present for the meeting in the Italian city.

Szekeres, who was injured in a bus accident in 1991, has won three gold and three bronze medals across five editions of the Paralympic Games.

The 52-year-old is now playing a role in the Budapest 2024 bid for the Summer Olympic and Paralympic Games.

He thanked all of the members of the previous Executive Board for their "hard work and efforts during the previous term most notably the achievements of Rio 2016 Paralympic Games".

He "welcomed the new Committee and expressed his excitement for the future of wheelchair fencing and working in collaboration with IWAS and the IWAS Fencing nations".

One other challenge for the new panel is likely to involve Russian eligibility for major events if it turns out that athletes in the sport were implicated in a state-sponsored doping scheme outlined in last week's McLaren Report.

Russian athletes were banned from September's Paralympic Games in Rio de Janeiro but remain still eligible to compete in all IWAS events.