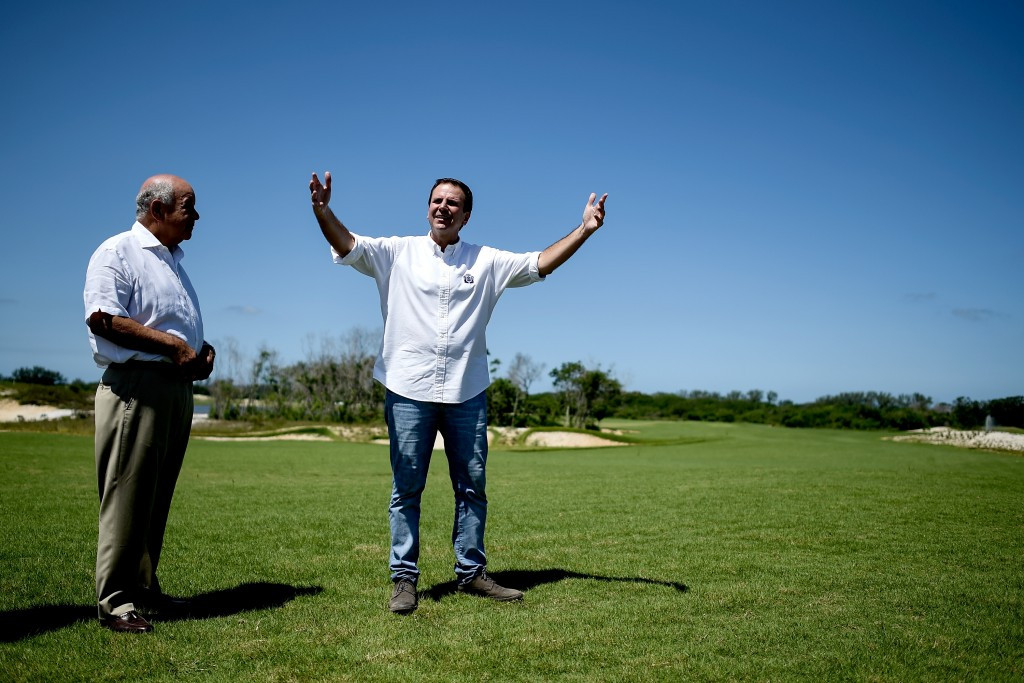 Rio Mayor Eduardo Paes has vowed to appeal a judge’s decision to freeze his assets after it was alleged he waived an environmental fee for a company that built the golf course used at the 2016 Olympic Games.

Paes and the construction company Fiori Empreendimentos have both reportedly had their assets frozen as a result of the action.

Paes, who is in the final month of his second and final four-year term, has denied the claims and vowed to fight the action.

The Mayor claimed the city demanded during the environmental licensing process for the course, that the company pay the fee for the “authorisation to suppress exotic vegetation”.

He added that the County Attorney's Office were sent a letter, which he posted on Facebook (below), requesting the collection of the fee, which would have risen to BRL R$3.3 million(£780,000/$1 million/€920,000) according to Estadao.

Paes also hit out at the court for suggesting they it could be more difficult to recover assets, should be found accountable, due to him taking up a one year post as a visiting professor at Colombia University in New York next year.

The case is the latest controversy surrounding the Olympic golf course, with Brazilian Golf Confederation (CBG) President Paulo Pacheco having had to deny claims it could soon be closed last week.

It had been claimed that only a "trickle" of players were visiting the course each day, they said, before revealing that course managers Progolf have not been paid for two months.

There had been fierce opposition by environmentalists ahead of the Games due to a possible impact on local ecosystems.

But designers have since been widely praised for the way wildlife, including snakes, caimans and ground-nesting owls, was incorporated into the course.

It has also been claimed that if the land had not been secured for golf, it would have instead been developed into a favela or a cluster of condominiums.

Rio 2016 marked golf's Olympic return after a 112 year absence since it last appeared on the programme at St Louis 1904.