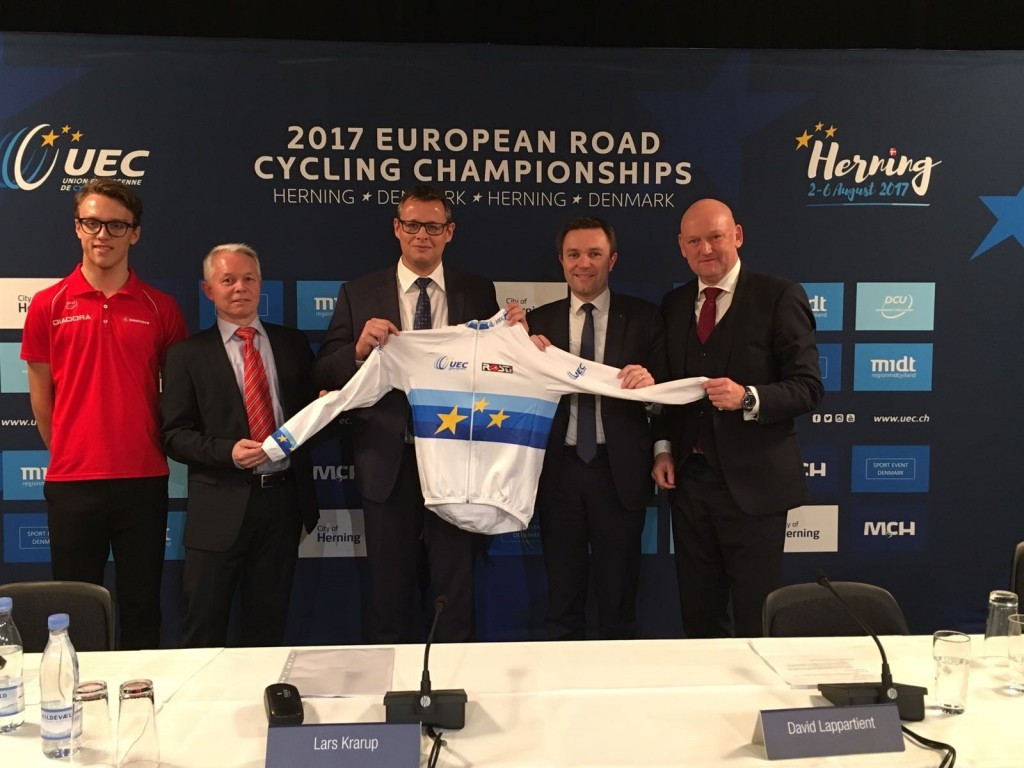 Herning has been confirmed as the host of the second edition of the European Cycling Union (UEC) Road Championships next year.

The Danish city is set to stage competition from August 2 to 6 next year, following on from the inaugural event which was held during September in Plumelec, France.

"Yet another large-scale cycling-event has been secured for Denmark, and yet again in a sport where Denmark has proud traditions and great results," said Lundov.

"Now it is time for a great experience for the people of Denmark and a spectacular event in central Jutland."

The Championships will see the awarding of European titles in the junior, under-23 and elite events for both male and female athletes.

Competition will be broadcast live on television due to an agreement with the UEC and Eurovision.

"The Danish Cycling Federation and the City of Herning have convinced us that they can offer top quality European Championships in 2017 both for athletes and spectators," Lappartient said.

"We are particularly enthusiastic about the idea of being able to share the official circuit with the public and amateur cyclists via a great event which they will also be part of on the same days.

"Herning’s experience as the number one cycling-city in Denmark for the hosting of major sporting events totally convinced us that this would be the ideal location to organise an important and prestigious event like the Road European Championships."

As will the European BMC and Cyclo-Cross Championships, which are taking place respectively in France and Tabor in the Czech Republic.

It was also confirmed that the European Downhill Mountain Bike Championships will take place in Sestola, Italy, from May 27 to 28, while Svit in Slovakia will host the Marathon Championships on August 13.

Two events were also added to the UEC development calendar for 2017, with the first being the European Beach Mountain Bike Championships in The Hague, which will take place in December.

The Mountain Bike Ultra Marathon at the Aiguestortes National Park in Spain was the second event confirmed, with competition taking place on July 1.