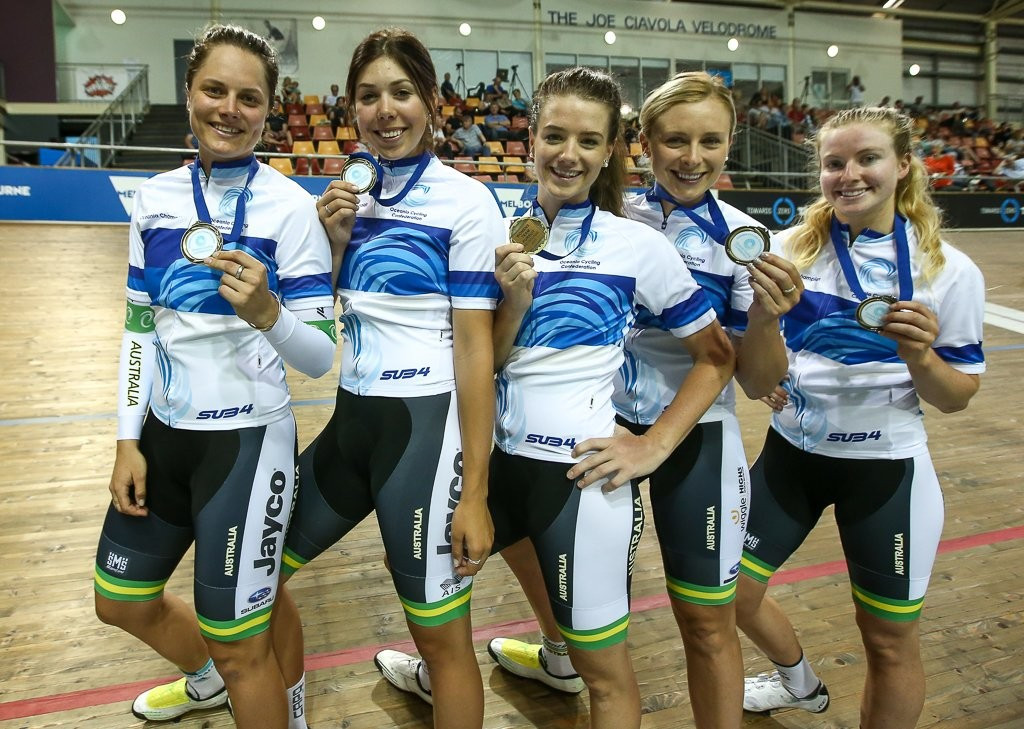 The host nation’s women’s team pursuit side took the title in a time of 34.432sec, 0.93 seconds quicker than their challengers from New Zealand.

New Zealand won the bronze medal in the event based on their seeding time.

The Kiwi riders managed to seal the men’s team pursuit honours in 43.535, comfortably faster than Australia, who were more than a second adrift in second place.

The result was largely expected as their team, made up of Eddie Dawkins, Ethan Mitchell and Sam Webster, clinched silver at the Olympic Games in Rio de Janeiro.

The home country were guaranteed the bronze as two Australian teams battled for third place.

Australia won both junior team sprint competitions, with the women emerging victorious in 35.867 in front of New Zealand, while they also claimed bronze.

The men were also in good form, powering around the Melbourne track in 46.173, with New Zealand 1.48 seconds off the pace.

They followed their women in also taking home the bronze medals in the competition.

Their efforts proved far too strong for New Zealand, who crossed the line 2.86 slower, while no bronze medal was awarded.

Six-time world champion Cam Meyer led the men’s Australian contingent to victory in the team pursuit, along with Sam Welsford and Callum Scotson, as they clocked 3:54.598 to beat New Zealand.

New Zealand enjoyed a rare success over their Oceanian counterparts in the junior women team pursuit race as they finished in 4:35.659, nearly seven seconds faster than the Australians.

The bronze also went the way of New Zealand as they again overcame Australia.

McCulloch’s team-mate Georgia Baker reigned supreme in the women’s points race having amassed a total of 26.

Amy Cure, also of Australia, ended with 14, which was enough for silver, while New Zealander Racquel Sheath took the bronze on 12 points.

Welsford was the victor in the men’s points event as he finished with 50, nine more than silver medallist Aaron Gate of New Zealand.

Joshua Harrison of Australia was the recipient of the bronze on 38 points.