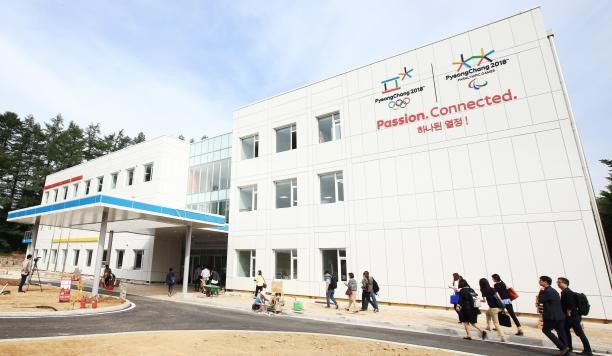 Pyeongchang 2018 must do more to engage the people of South Korea in the Winter Paralympic Games, the International Paralympic Committee (IPC) has warned following the seventh Project Review visit.

The IPC has also confirmed all Para-Alpine skiing and Para-snowboard events will be held at the Jeongseon Alpine Centre after the governing body accepted a proposal from the Organising Committee.

Alpine skiing technical events at the Winter Paralympics in the South Korean resort were initially due to be held at the Yongpyong venue.

The IPC agreed to the move "in order to make significant savings and achieve operational efficiencies".

It followed a four-day meeting between the IPC and organisers, where Pyeongchang 2018 gave the governing body a number of progress updates on various areas concerning Games planning.

IPC chief executive Xavier Gonzalez cautiously praised Pyeongchang 2018 for their work surrounding the Paralympics but admitted awareness of the Paralympic Movement in South Korea was "low".

He urged them to "hit the accelerator" on engagement.

"This will remain the case if Pyeongchang 2018 do not spend the next 15 months connecting the domestic audience with the Games," he added.

Promotion of the Games has been raised as an issue by both the IPC and also the International Olympic Committee (IOC) in the past.

IOC Coordination Commission chair Gunilla Lindberg told organisers that Pyeongchang 2018’s promotion and legacy plans must improve to avoid harming the image of the Games during their last visit.

"With the new year fast approaching we are moving into the critical final phase for the Organising Committee," Gonzalez said.

"After more than five years of planning and preparation, Pyeongchang 2018 will switch to implementation.

"The upcoming test events scheduled for early next year will be a good barometer of where they are at and a good opportunity for them to test all operational aspects and validate the assumptions they have made, in particular with athletes transport and venue flows and operations.

"Generally, the Organising Committee is doing well and I would like to thank Pyeongchang 2018 for their continued efforts.

"One area they really do need to hit the accelerator on however, is engagement.

"Awareness of the Paralympic Winter Games and the Paralympic Movement is low in South Korea and this will remain the case if Pyeongchang 2018 do not spend the next 15 months connecting the domestic audience with the Games.

"With test events in all six Paralympic winter sports set to take place between March and April next year, Pyeongchang 2018 must use these as opportunities to showcase the skills of the world’s best winter Para athletes to the people of South Korea."

The World Wheelchair Curling Championships, due to be held from March 4 to 11, will act as the first test event for the Pyeongchang 2018 Winter Paralympics.

Test events in Alpine skiing, snowboard and Nordic skiing are then scheduled to take place between March 9 and 18, before the final competition - the World Para Ice Hockey Championships - comes to the fore from April 15 to 23.