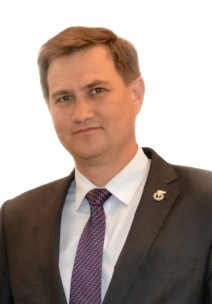 Preference will be given to sports which offer qualification for the 2020 Olympic Games in Tokyo when it comes to deciding the programme for the 2019 European Games in Minsk, it has been revealed.

Of those sports, only two - acrobatics and sambo - would not be able to offer qualification as neither are Olympic disciplines.

Ryzhenkov also said the team sport programme is likely to include 3x3 basketball and beach volleyball, and suggested women's hockey could make the line-up as well.

At the inaugural European Games in Baku last year, 12 of the 20 sports offered qualification for Rio 2016.

Some offered direct qualification, such as shooting, table tennis and triathlon, and others provided ranking points, like in archery, taekwondo and wrestling.

Ryzhenkov insisted the move will make the second edition of the European Games "more attractive for the world’s top athletes" and, in turn, "will drive sales of broadcasting rights and increase the exposure of the quadrennial event".

He admitted, however, that the number of sports to be represented at Minsk 2019 is still under consideration.

"Everything will be spelled out in the corresponding contract," he told BelTA.

"Representatives of the European Games Organising Committee and also head of the National Olympic Committee, Alexander Lukashenko, will express their opinions as well."

Also under consideration, according to Ryzhenkov, is athletics - a sport low on quality in Baku.

Athletics was a combined European Games and European Athletics Team Championships Third League competition in Azerbaijan’s capital, but Ryzhenkov is hopeful of changing that.

"We would like this sport to be represented on a wider scale at the Games and are currently thinking over its format," he told BelTA.

Another sport low on quality in Baku was swimming, with competition being only for juniors.

Doubts remain over its inclusion at Minsk 2019 and the fact that Ryzhenkov does not refer to it could arguably be a reflection of that.

It was revealed in October that Belarus plans to spend only $40 million ($32 million/€38 million) on organising Minsk 2019 and that it could feature as few as 12 sports.

Azerbaijan invested at least $1.2 billion (£948 million/€1.1 billion) in staging the 2015 event, although the figure was widely thought to be much higher.

But Belarus, officially awarded the event at the 45th General Assembly of the European Olympic Committees (EOC) in Minsk, does not plan to build any new facilities.

The EOC ignored a request from insidethegames for a comment.