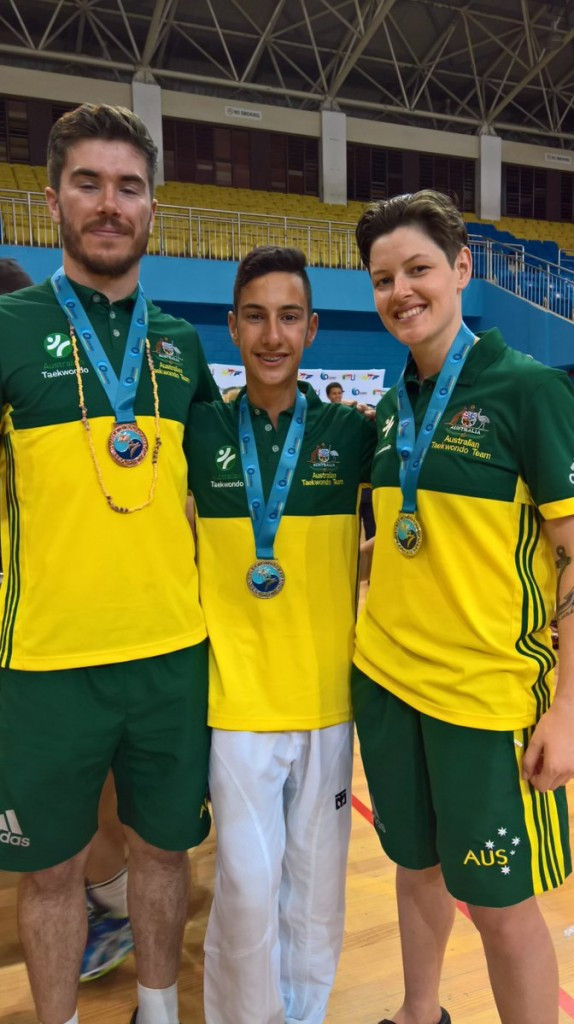 Australia were the dominant force at the Oceania Taekwondo Championships in Fiji’s capital Suva, winning seven of the eight senior gold medals on offer at the Vodafone Arena.

Deanna Kyriazopoulos contributed to the nation winning all four of the women’s categories thanks to success in the under-49 kilograms at the expense of compatriot Amelia Griffin.

There were also all-Australian finals in the women’s under-57kg and women’s over-67kg, with Jennifer Lay beating Catherine Risbey in the former and Tassya Stevens overcoming Kate McAdam in the latter.

There were all-Australian clashes in the men’s under-68kg, with Thomas Afonczenko defeating Thomas Auger, and men’s under-80kg where Jack Marton overcame Camron Taylor.

The only gold medal not to go Australia’s way was that in the men’s over-80kg category as French Polynesia’s Tuarai Hery beat New Zealand’s Dafydd Sanders to secure top honours.

Mongolia won two of the four gold medals in the Oceania Para Taekwondo Championships courtesy of wins for Enkhtuya Khurelbaatar in the K44 women’s under-49kg and Bolor-Erdene Ganbat in the K44 men’s under-61kg.

The only bronze medallist in the Para Taekwondo Championships was Japan’s Chikara Ito, who finished third in the K44 men’s under-61kg.